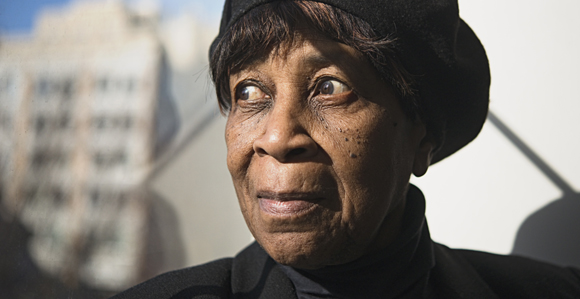 “The truth is, many families struggle with incomplete family histories.” —Dr. Leslie Harris, associate professor of history and African-American studies

“I want to start with the common belief we have that African-American personal histories are unknown and unknowable. Indeed, this is a common idea both among professional historians and among those of us who do genealogies,” stated Dr. Leslie Harris, keynote speaker at the 9th annual African-American Genealogy Conference held March 9 at the Harlem LDS meetinghouse.

Sponsored by the Afro-American Historical and Genealogical Society and the Church, the conference drew many attendees from the greater New York metropolitan area.

Dr. Harris is the Winship Distinguished Research Professor in the Humanities and associate professor of history and African-American studies at Emory University in Atlanta, Georgia. Speakers also included Dr. Carla Peterson, professor of English at the University of Maryland, and David Kleiman, chairman of the New York Computers and Genealogy Special Interest group and a member of the executive council of the Jewish Genealogical Society, Inc. Hands-on help with FamilySearch was available to interested participants.

In Dr. Harris’s session, “Writing a Personal Urban History of New Orleans,” she noted that “at some point, African-Americans in search of their pasts could expect to hit the brick wall of lack of knowledge. The idea of the ‘brick wall,’ for me, turned out to be more powerful than the reality of doing the research necessary to learn about my family. In African-American history, we often have this idea that all other racial groups have complete access to their past. We imagine other groups with mythical histories and families that manage to trace their roots all the way back to places beyond this continent. But the truth is, many families struggle with incomplete family histories.”

Raised in New Orleans, Louisiana, Dr. Harris began searching her family’s history after Hurricane Katrina in 2005. “When I was growing up in New Orleans, there was one thing I thought I knew about my parents: that my mother’s family were Creoles and my father’s family were not.” (Creoles historically were mixed-race people of African and French or Spanish ancestry.) In taking an oral history of her father, she learned “hidden” stories about his ancestors. On a trip to California, she met family members, including a 98-year-old great-aunt, who shared information that the family were indeed Creoles.

An 18-year-old relative who had been doing family research since age 12 had discovered the family’s founding ancestor in New Orleans, Jordan Noble, known as “the drummer boy of the Battle of New Orleans.” Because her great-grandmother wanted no confusion as to her children’s racial identity—they would be black, not Creole—Jordan Noble’s name had been hidden from the family history.

This search for her roots not only helped Dr. Harris better understand her family’s history, but it also helped unite the families of her father’s 11 siblings as she shared her findings. 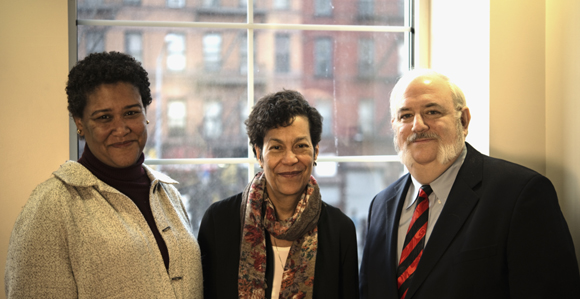 Born in Harlem and earning a Ph.D. from Yale, Dr. Peterson illustrated the process of researching her book Black Gotham: A Family History of African-Americans in 19th-Century New York City. Her objective in writing the book was “to view 19th-century African-American history through the eyes of family.” Dr. Peterson noted how vital it is to add “blood and a heartbeat to scraps of memories.” She said that “once a person’s family is established with names, dates and places, stories should follow” in order to give people an understanding of who they are. Her search included census records, church records, city directories, newspapers, maps, libraries, and records of historical societies and the African Free Schools in New York.

In another session, David Kleiman discussed scanning as one of the most helpful “toys” or tools of genealogy. Scanners can be utilized for photos, vital statistics, correspondence, newspapers, books, postcards, objects, and personal items. Scanning can be done with smart phones and digital cameras as well as flat-bed scanners.

“Once you have made a connection with your family history, you need to share what you have found either by print or through the Internet,” said Mr. Kleiman. “Share photos with family members, and you’ll find more coming back to you.” He also suggested asking relatives to write the stories of their pictures.