“Any place where a Latter-day Saint lives, we are trying to be good people in our communities and lift people up. … We’re givers and receivers at different points and parts of our lives. Something like this connects us to one another.” —Sharon Eubank, President of Latter-day Saint Charities

Two months after Christmas, a season of giving has come to fruition.

The 2019 #LightTheWorld campaign culminated Tuesday, February 26, in a New York City event where members of The Church of Jesus Christ of Latter-day Saints distributed checks to representatives from global charities.

The checks amounted to a combined total of $3,260,267, with almost $1.9 million going to Church World Services, “a group that provides sustainable self-help, disaster relief and refugee assistance,” according to a Newsroom release.

The campaign drew more than $6 million in donations to 45 global and local charities. These donations are now being distributed to the recipients.

Checks from Latter-day Saint Charities, the humanitarian arm of the Church, were also presented to WaterAid and UNICEF USA in New York.

“It’s been incredible to see how the Church has really led its commitment to service and inspired others to get involved to make a difference,” said Leslie Goldman, vice president of Global Cause Partnerships at UNICEF USA.

During a 54-day period in November and December 2019, individuals contributed #LightTheWorld donations through Giving Machines—vending machines that allowed buyers to purchase goods and services for others, such as food, clothing, or vision care, provided by the charities that partnered with the Church for the campaign. The machines were located in 10 cities globally.

President of Latter-day Saint Charities Sharon Eubank, who also serves in the Relief Society General Presidency, said, “Any place where a Latter-day Saint lives, we are trying to be good people in our communities and lift people up. . . . We’re givers and receivers at different points and parts of our lives. Something like this connects us to one another.”

Tammy Potter, one of the local Church members who presented the checks in New York City, added, “To watch their faces, so surprised at how much was actually raised and how much people wanted to give for their particular charity, was such an honor.”

Aside from the $3.2 million presented to international charities in New York, donors gave more than $3 million to local organizations through Giving Machines.

In Salt Lake City, the Utah Refugee Connection received more than $124,000 to provide household products and food as an incentive for refugees to take educational courses, the Newsroom release said.

Some of the 848,900 Philippine pesos donated in Manila were given to the HERO Foundation, which provides scholarships to children whose parents died in the armed forces. One scholarship recipient, 17-year-old Lance Kelly Layug, said, “I feel so very grateful, so very blessed to have an opportunity like this.” He lost his father when he was four years old.

In Denver, Colorado, individuals donated items such as at-home libraries to the Black Child Development Institute, which aims to improve black children’s lives through education and advocacy, according to the Newsroom release.

“Having 20 books or more at home will increase their literacy skills and put them on the road to having higher education,” said Cassandra Johnson, a spokesperson for the institute’s Denver affiliate. 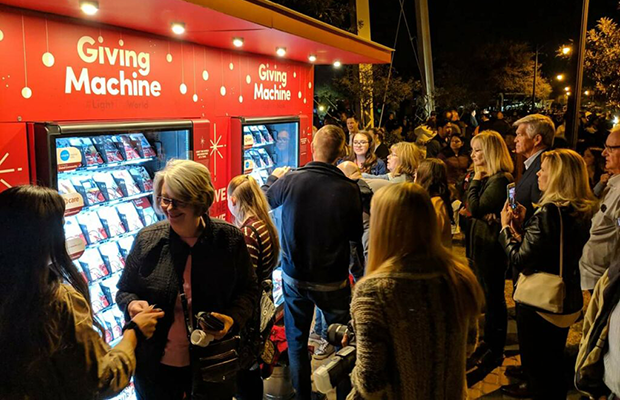 During the 2019 #LightTheWorld campaign, Giving Machines were placed at 10 different locations around the world. The vending machines provided Church members and others with opportunities to sponsor specific service activities with the swipe of a bank card or cash to help partnering charities purchase items such as food, clothing, medicine, hygiene supplies, sporting equipment, and livestock for the different demographics they serve. 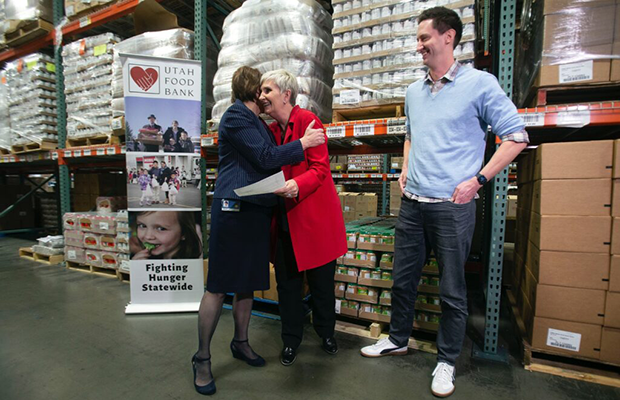 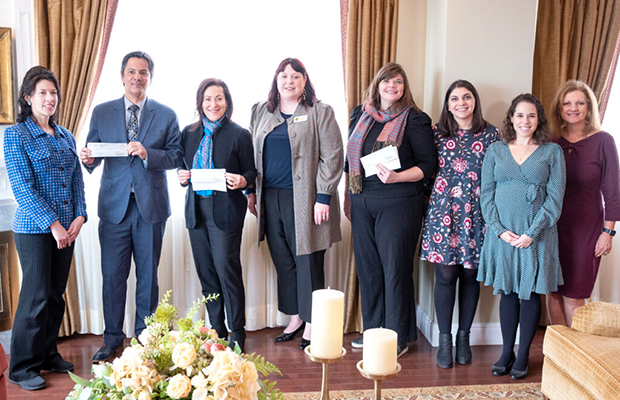 Charity representatives, including Church World Service, UNICEF USA, and WaterAid, receive checks for a combined total of $3,260,267 on behalf of individuals around the world who chose to give to international organizations during the 2019 #LightTheWorld campaign. The collective distribution for global nonprofit organizations took place on February 25, 2020, in New York City. 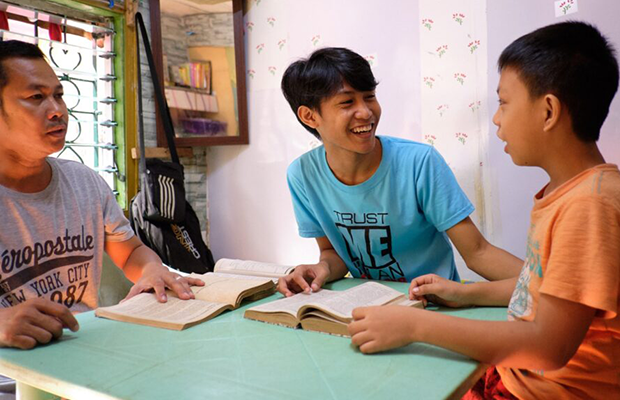