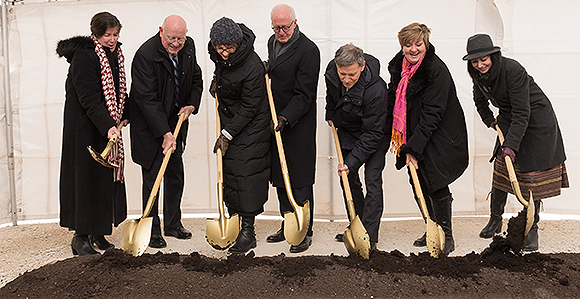 Digging the first shovelful of dirt are (from left to right) Yvonne and Allan Robison; Sister Lynda and Elder Larry Wilson; Terry Duguid, Member of Parliament, Winnipeg South; Janice Lukes, Councilor, South Winnipeg, St. Norbert Ward; and Belle Jarniewski, president of the Manitoba Multifaith Council. The groundbreaking ceremony was for the Winnipeg Manitoba Temple of the Church on Saturday, December 3, 2016.

“The temple helps us prepare to be better people, to choose good over evil, to be more kind, more loving, more like Jesus Christ.” —Elder Larry Y. Wilson of the Seventy

Leaders of the Church joined with community leaders in Winnipeg in Manitoba, Canada, on Saturday, December 3, 2016, to break ground for a new temple. This will be the ninth temple in Canada.

Elder Larry Y. Wilson of the Seventy and Executive Director of the Church’s Temple Department presided at the ceremony. Several local Latter-day Saint and community and civic leaders also attended.

“The temple helps us prepare to be better people, to choose good over evil, to be more kind, more loving, more like Jesus Christ,” said Elder Wilson. “This is a unique design. There is not another temple in the world that looks like this.”

Janice Lukes, city councilor for South Winnipeg, St. Norbert Ward, said, “The temple will definitely be an iconic building here in Winnipeg. Each faith community is a tremendous asset to the greater community.”

Terry Duguid, Member of Parliament for Winnipeg South, expressed appreciation for the Church's community service efforts. “While attending your event on behalf of Winnipeg Harvest I felt the spirit of your generosity.”

Belle Jarniewski, president of Manitoba Multifaith Council, said the new temple will add a new dimension for the interfaith community. “It will be a place to reflect, to share the peacefulness of the grounds, and reflect on the beauty of the building itself.”

The temple was announced by Church President Thomas S. Monson at the Church’s April 2011 general conference.

Once construction of the new temple begins, it will take approximately two years to complete.

There are currently 155 operating temples throughout the world with another 22 temples under construction or announced, and four are being renovated. 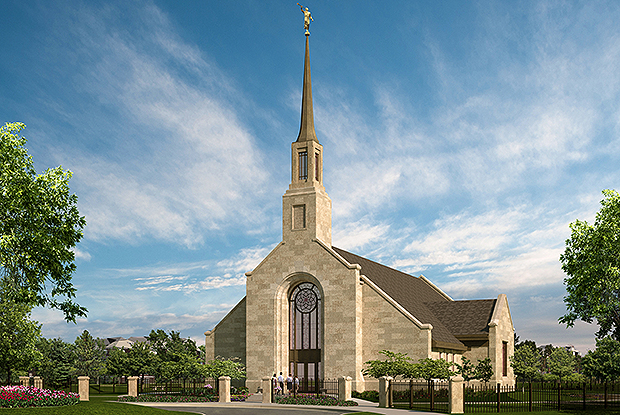 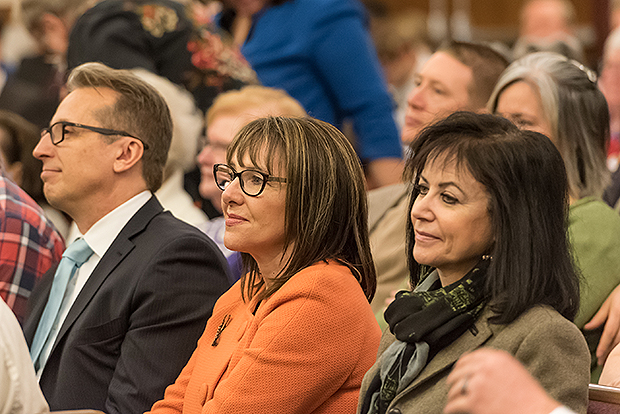 Latter-day Saints were joined by interfaith, government, and community leaders to break ground for the Winnipeg Manitoba Temple on Saturday, December 3, 2016.

A choir of Latter-day Saints provided sacred music for the groundbreaking ceremony for the Winnipeg Manitoba Temple, which began in a nearby Mormon meetinghouse on Saturday, December 3, 2016.