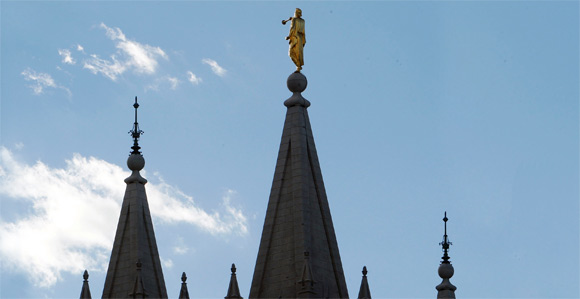 The conditions of use for the New.FamilySearch.org website were set in place “for reasons of common sense, reasons of doctrine, and reasons of respect,” said Dennis C. Brimhall, managing director of the Church’s Family History Department.

The conditions are simple and straightforward. “Users should not submit the names of nonrelated persons for vicarious temple ordinances, including names of celebrities or famous people, or those gathered from unapproved extraction projects,” according to the terms all users must accept every time they log onto the site.

The re-emphasis on the guidelines, which are also stated in Church Handbook 2, follows recent violations of the Church’s proxy baptism policy.

“One of the things we need to remember is that the searching out of our family and preparing the names for the work to be done in the temple is, yes, a responsibility, but it is also a privilege,” said Brother Brimhall. “That privilege is extended to the members by those who hold the keys to the work. The keys to this work are held by the First Presidency of the Church.”

Church leaders have asked the members who are submitting names for proxy baptisms for the deceased to:

Read a February 29, 2012, letter from the First Presidency, "Names Submitted for Temple Ordinances."

Church leaders issued a statement on February 21, 2012, in response to questions about violations of the Church policy, which was established in 1995 after discussions with leaders of the Jewish faith.

The statement repeated the Church’s firm commitment to not accept the names of unauthorized groups for proxy baptism and noted that in order to bypass safeguards already in place a submitter would have to use “deception and manipulation.”

Such actions could lead not only to suspension of a Church member’s access to the New.FamilySearch.org website, but local leaders might also take disciplinary action in some cases.

“It is distressing when an individual willfully violates the Church’s policy and something that should be understood to be an offering based on love and respect becomes a source of contention,” the statement said.

Brother Brimhall said the mission of the Church’s Family History Department is clear. “We don’t do the work. We just help members do the work. With that in mind, for years, we have been trying to help them better.”

He added, “Before, you had to go to the record and do it by yourself. With the advent of the technology, we took a huge step forward in the ability to let the work be done.”

The work moved forward again a few years ago when the Church introduced New.FamilySearch.org.

Different from FamilySearch—a searching tool that anyone could use—the new program is a tool for Church members that helps them link into their family line and, if they meet certain criteria, set in motion proxy work for the deceased.

“Because of the ability to do this now in such a convenient way, we had to be cautious that, as with any technology, the technology wasn’t abused,” said Brother Brimhall. “So we set into place a series of policies to that end.”

Church leaders recognize, he explained, that because of the ease of doing research some members will want to do it for everyone—not just their own family line.

“So we put certain policies in place that restricted the submission of the names of celebrities.”

In addition, out of respect for a group of people unique in all of history, the Church also restricted work for the names of Jewish Holocaust victims.

Brother Brimhall said over the years the Church has found that a few people are not following those agreements.

“When that happens there are problems; there are difficulties the Church faces because of individuals not following these conditions of use or these policies,” he said.

Unfortunately, he said, many in the community do not separate the work of the Church from the work of its members.

He wants to remind members that if, in all honesty, they comply with these agreements and conditions of use the Church won’t have any problems. “The overwhelming majority of our members do that,” he noted.

He said in order to help members of the Church understand the conditions of use, the Church will make them more prominent.

“We are going to see a season of education,” Brother Brimhall said. “We will remind ourselves again of rights and responsibilities and keys and privileges and whose work this is and how it should be done and who directs the work. If we just remember that, I think we are going to be fine. … We can make the system better for everyone.”