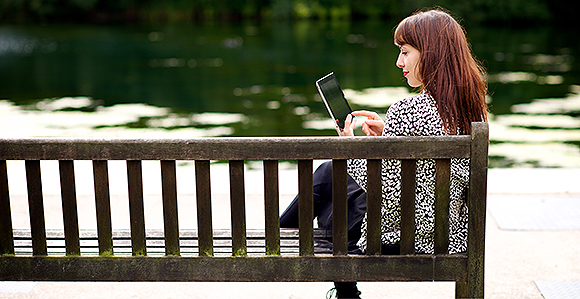 Updated editions of the triple combination of the scriptures in French include a minor wording change to one of the sacrament prayers and other updates to study aids.

“This update will help us in regular day-to-day study as well as occasions of more in-depth study of the scriptures. That, in turn, can lead us to better listen to and act upon the promptings of the Spirit.” —Elder D. Todd Christofferson

The First Presidency has announced updated editions of the triple combination of the scriptures in French at Écritures.ChurchofJesusChrist.org, and in the Gospel Library mobile app, which includes a minor wording change to one of the sacrament prayers.

In addition to various adjustments in the study helps, headings, and minor spelling and meaning adjustments approved by the First Presidency and Quorum of the Twelve, the edition includes a change in the sacrament prayer on the bread to better reflect the intended meaning of the prayer as found in the English scriptures. The change is from veulent to sont disposés à. This is best reflected in the phrase of the prayer found in Moroni 4:3 and Doctrine and Covenants 20:77:

Members and leaders are encouraged to use this key terminology in the ordinance of the sacrament. Church units will be given new sacrament cards that include the change and are asked to destroy any existing cards.

Though printed copies of the new edition will begin to be available by August 31, 2017, in local Church distribution centers, the First Presidency has stated that “members are not expected to obtain a new set of scriptures as a result of this updated edition.” Because the new edition maintains the same page numbers and font style of the earlier edition, most members will notice little if any difference. This consistency allows members to continue using their current scriptures.

In 1981, the Church completed a 10-year project to create new study aids in the English edition of the scriptures. After some experience with that edition, the most helpful of those study aids formed the foundation for improved study aids in other language editions, which began to be included in 1993 to new and updated editions. The time has now come to update those study aids and make small adjustments to improve their accuracy and quality.

In 2004, Church leaders requested that the scriptures database be updated. The intent was to make helpful adjustments such as correcting typographical errors in the text, correcting mistakes in the study helps, and incorporating recent historic findings into the section headings of the Doctrine and Covenants.

Some of the adjustments to headings are intended to provide a clearer context for the scriptures. For example, in the Doctrine and Covenants some of the section headings have been revised and introductory headings have been added to both official declarations to provide the reader with a better understanding of the purposes of those revelations and the Church’s doctrine related to them.

Typeface adjustments in the new edition help indicate more clearly what is scripture and what is a study help. The style and format of titles, table of contents pages, and abbreviations pages have also been standardized across all languages to improve the reading experience.

“The scriptures are one of the greatest gifts the Lord has provided to us that we may know His mind and will,” said Elder D. Todd Christofferson of the Quorum of the Twelve Apostles. “This update will help us in regular day-to-day study as well as occasions of more in-depth study of the scriptures. That, in turn, can lead us to better listen to and act upon the promptings of the Spirit.”

Printed copies of the update will be available in the same sizes as previously available, and additional styles are listed at ChurchofJesusChrist.org/scriptures/adjustments?lang=fra.