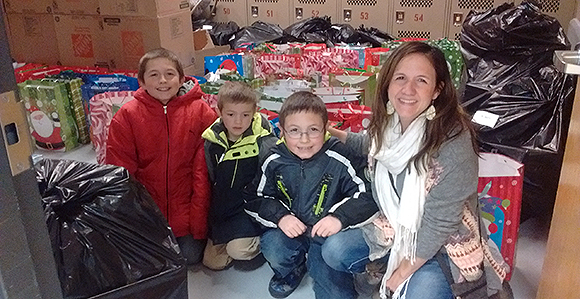 Alison Thorsted, right, with her three sons, Jack, Luke, and Mark, are pictured with the many items they gathered to donate to Adopt a Ghost as a way to give service during the Church’s “Light the World” campaign in December 2016.

Last December, thousands of people from around the globe joined together to “Light the World” with acts of service. The response was enthusiastic and monumental, with pictures and videos posted all over social media of people sharing their stories of kindness and giving.

Alison Thorsted of Ogden, Utah, said that when the “Light the World” campaign was beginning last year, her three boys wanted to send toys with some service members overseas to give to children they met on patrol. Thorsted and her family worked through a charity called Adopt a Ghost, which sends “gifts to service members overseas all year to brighten their spirits and help their families here when they are in need,” she said. They gathered things like games, blankets, notebooks, pens, crayons, markers, hygiene items, snacks, gloves, and socks.

At first, it was only a few children helping to collect these items, but it soon “grew to 60 then to about 100. We knew we wouldn’t be able to do it on our own so we asked friends, neighbors, our Church family, people at school and work—everyone we could think of. The outpouring of love was overwhelming. It was a testimony builder for all of us,” Thorsted told the Church News.

“The most important thing I will remember is the growth in testimony of my three little boys.” 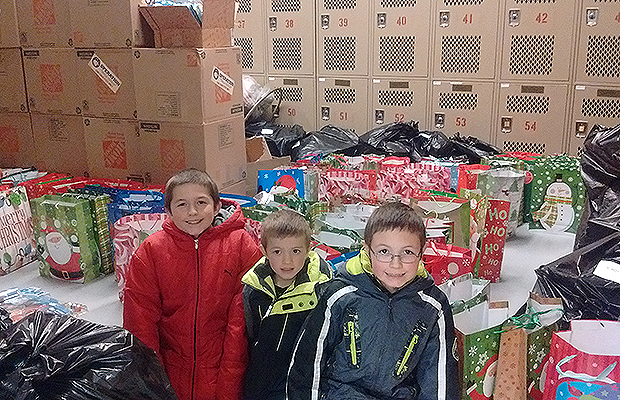 Tania Ramírez-Sariñana of Bermejillo, Durango, Mexico, shared with the Church News how grateful she was that she could participate in the “Light the World” campaign. She said, “The first day we went out on [the] streets and cleaned the front yards of our neighbors. It was too much fun. We saw many of them join us, cleaning with their brooms and bags for the trash.”

One particular neighbor of hers had lived next door for years, but they had never connected before. That first day of December, he woke up early to join in for the cleaning. “For the first time, I heard him laugh,” Ramírez-Sariñana said. “And that just made my whole year.” Since then, she and her neighbor have enjoyed a great relationship, sharing dinner, visiting, and chatting often.

Being a part of “Light the World” brought them “close to our Savior,” she said. “Please challenge us again.”

In a continuation of last year’s Christmas media campaign, the Church has asked again for people around the globe to give of their time, talents, and resources to help others in need in order to “Light the World” throughout December.

A video released on November 24 shows people around the world performing various acts of service—painting over graffiti, feeding people in need, shoveling snow, or donating food, clothing, and money.

Elder Brent H. Nielson, General Authority Seventy and Executive Director of the Missionary Department, said, “Building on last year’s #LightTheWorld Christmas initiative, this year’s effort continues the invitation to serve others as the Savior did. By visiting mormon.org daily, those who wish to get involved with the #LightTheWorld initiative can learn new ways to participate.”

Much of the campaign will be familiar to those who participated last year. The Church encourages members and nonmembers alike to give service to those in need. This year, however, every day in December has a suggestion for an act of service that is based on a teaching of Jesus Christ and also features a video.

For instance, on December 1: “Would someone less fortunate appreciate what you have? Make an anonymous donation to someone who’s struggling to make ends meet.” This is paired with Matthew 10:8: “Freely ye have received, freely give.”

The video that accompanies this act of service was filmed in New York City, in which two vending machines were set up. One was a typical machine filled with snacks, with the word “Get” on the front. Next to it, with the word “Give” on the front, is a red vending machine filled with items representing donations. Donations include things such as socks, glasses, chickens, or a goat. After choosing a donation, the machine vends the item into a bin at the bottom, showing all the items that people have chosen to donate money toward. Donations will be given to charity partners including CARE.org, the Utah Food Bank, EyeCare4Kids, WaterAid, Water for People, and Just Serve.

Four of these giving vending machines were installed in the lobby of the Joseph Smith Memorial Building on November 24 and will be stocked and available through December 25. In the next few years, the Church hopes to place these vending machines in other major cities around the world.

For the first time in a media campaign, the Church is partnering with other charitable and nonprofit organizations in order to increase the reach of good. On December 2, based on the scripture, “I was thirsty, and ye gave me drink” (Matthew 25:35), the suggestion is, “Want to make a difference on a local level? Donate a case of bottled water to your local shelter.”

The accompanying short video features several Mormon internet influencers who traveled to the Domincan Republic with Healing Waters International to be part of the inauguration of a clean water project. Batey Verde, with a community of about 1,500, received clean drinking water thanks to this collaboration of the Church with Healing Waters International.

This is only one example of several other charitable organizations that the Church is featuring and partnering up with throughout the “Light the World” campaign. It’s also only one of the many ways that celebrities are helping promote this campaign. David Archuleta will promote “Light the World” during his concert on December 1 in Lima, Peru, and the Piano Guys will perform a global concert at YouTube’s New York studio on December 12.

“Last year, tens of thousands participated in #LightTheWorld service activities around the world. It was an inspiring thing to witness. We hope this year, thousands more will celebrate the birth of Jesus Christ by following His teachings and sharing His light and love with those around them,” Elder Nielson said.

Using the hashtag #LightTheWorld, participants can share the many ways that they are helping to share light. Videos tagged with #LightTheWorld will be gathered and made into a composite video to further promote the campaign.

Posters, PDFs, and other downloadable resources are available at mormon.org/download. 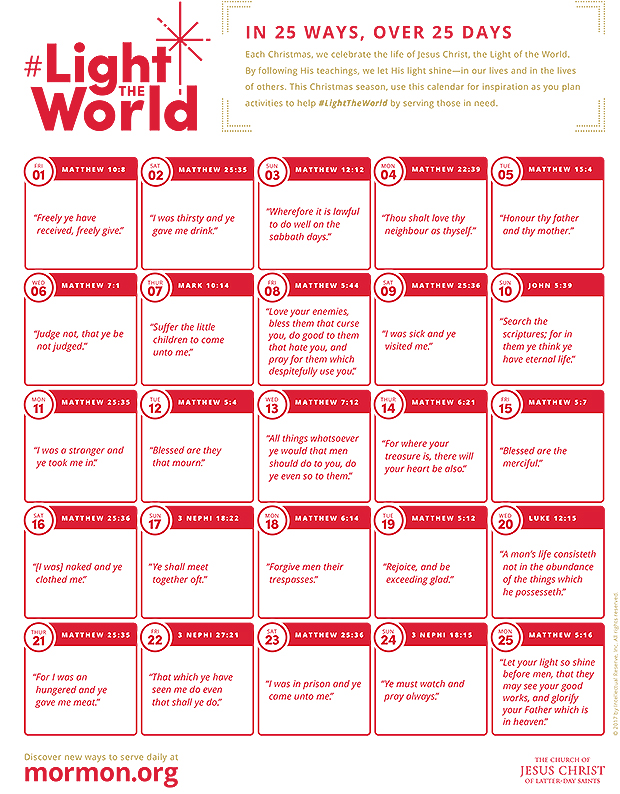 “Light the World” calendar featuring a principle of service each day. 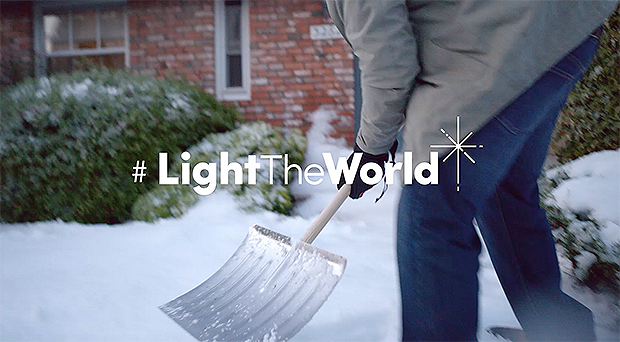 A screen capture from a teaser promoting “Light the World” on mormon.org.