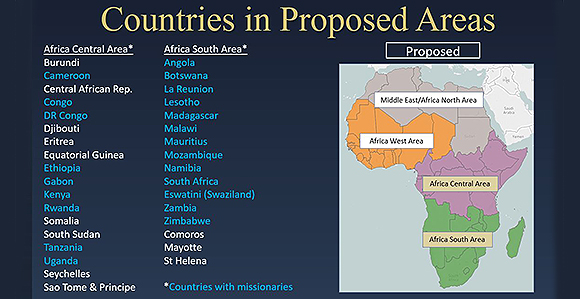 Headquarters for the Church’s new Africa Central Area will be in Nairobi, Kenya.

Bishop W. Christopher Waddell, Second Counselor in the Presiding Bishopric, announced the location of the new area’s office during an August 19 meeting in Johannesburg, South Africa, as reported by Newsroom.

A division of the current Johannesburg-based Africa Southeast Area—resulting in the Africa Central and Africa South Areas—was first announced in a June 2019 First Presidency letter to General Authorities and officers as well as leaders in Africa.

The new Africa Central Area is expected to be fully operational by August 2020 and will be the Church’s 22nd designated area. Six current areas are within the United States and Canada, with another 15 international areas worldwide.

The Church has more than 100,000 Latter-day Saints in the new area and missionaries in half of the aforementioned nations.

As for the continent, Africa is home to three currently designated Church areas—Africa Southeast, Africa West, and Middle East/Africa North—with Latter-day Saint membership totaling more than 621,000 in some 2,150 congregations.

Also speaking at the August 19 meeting in Johannesburg was Elder S. Mark Palmer, a General Authority Seventy and President of the Africa Southeast Area, and Marius von Mollendorff, the area director of temporal affairs. The meeting’s announcement was broadcast to Church employees and volunteers in both Nairobi, Kenya, and Kinshasa, Democratic Republic of the Congo. 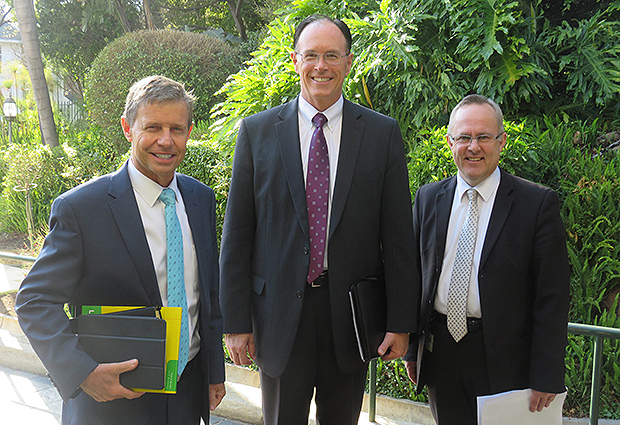