Church Announces Groundbreakings for Temples in Virginia, Philippines, and Utah 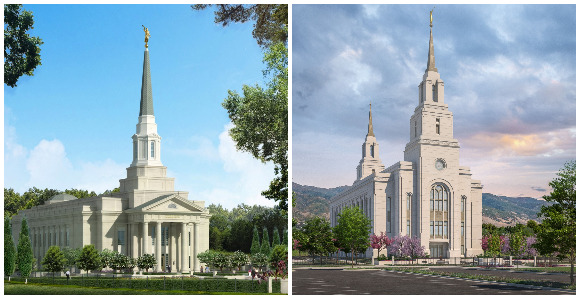 The dates for the groundbreakings of three new temples—the Richmond Virginia Temple, the Alabang Philippines Temple, and the Layton Utah Temple—were announced by The Church of Jesus Christ of Latter-day Saints on Thursday, January 23. Each of the groundbreakings will take place this spring and will be presided over by a different General Authority Seventy or member of the Quorum of the Twelve Apostles. Information regarding the three groundbreakings is as follows:

The groundbreaking service for the Richmond Virginia Temple will be on Saturday, April 11, with Elder Randall K. Bennett, General Authority Seventy and North America Northeast Area President, presiding. On-site attendance for the ceremony will be by invitation only, but the service will be broadcast to stake centers within the temple district.

The Richmond temple, which will be the first in Virginia, was announced by President Russell M. Nelson during general conference in April 2018.

Located at 10915 Staples Mill Road in Glen Allen, Virginia, the new temple will serve Latter-day Saints from Virginia, the eastern part of West Virginia, and the northeastern part of North Carolina. The future temple will be a two-story building of a little more than 36,000 square feet. A 16,000-square-foot meetinghouse will also be built on the property adjacent to the temple. 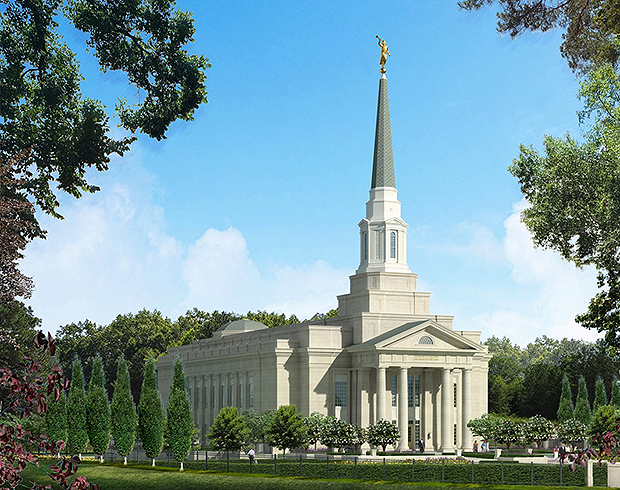 Rendering of the Richmond Virginia Temple.

With Elder D. Todd Christofferson of the Quorum of the Twelve Apostles presiding, the Alabang Philippines Temple groundbreaking service will take place on Saturday, May 2. On-site attendance for the service will be by invitation only, but a broadcast of the service will be available at stake centers in the temple district.

Originally announced by President Thomas S. Monson in April 2017, the Alabang Philippines Temple was planned to help serve the greater Manila, Philippines, area. With two fully operational temples in Cebu City and Manila, the Alabang temple is one of five additional temples announced or under construction for the area and will mark the fourth temple groundbreaking ceremony in the country.

A rendering for the Alabang temple has not yet been released by the Church.

Other temples announced for the country are the Bacolod, Cagayan de Oro, and Davao temples—which are still in the planning stages—and the Udaneta temple—which is currently under construction.

Presiding over the groundbreaking for the Layton Utah Temple on Saturday, May 30, will be Elder Craig C. Christensen, General Authority Seventy and Utah Area President. Groundbreaking services will be broadcast to stake centers in the temple district while attendance on-site will be by invitation only.

There are 17 temples currently operating in Utah, with 6 more announced in addition to Layton in Orem, Saratoga Springs, Taylorsville, Tooele Valley, and Washington County.

Announced by President Nelson during general conference in April 2018, the Layton temple will be a three-story temple of over 87,000 square feet located on the corner of Oak Hills Drive and Rosewood Lane in Layton. 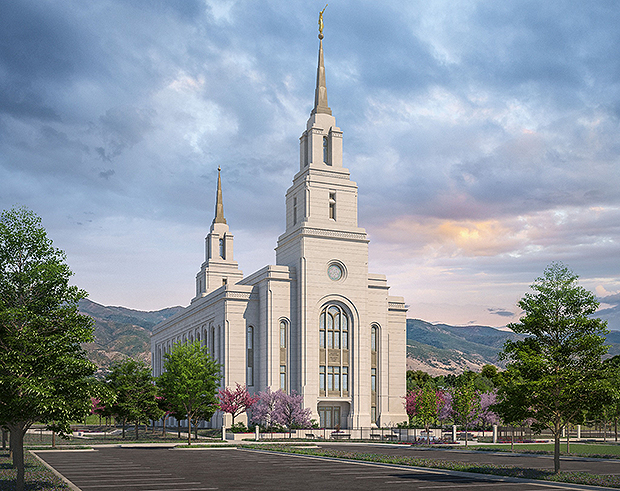 Rendering of the Layton Utah Temple.