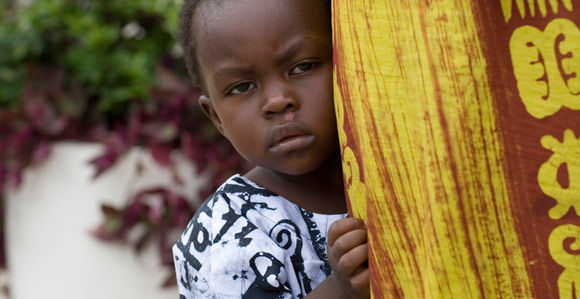 The best way for members to extend aid to those suffering in East Africa’s famine is to contribute to the Church’s humanitarian fund.

“Our impression of the Saints here is how their faith and belief is so strong.” —Dick and Janet Tuttle, humanitarian missionaries in Kenya

With an estimated 13 million people in Eastern Africa in need of assistance, the conditions there being the driest recorded in the past 50 years, The Church of Jesus Christ of Latter-day Saints is working with various other organizations to coordinate the distribution of aid in Ethiopia, Kenya, Somalia, and Uganda.

During the past two years, the Horn of Africa has experienced two consecutive drought seasons, resulting in extreme food shortages in the area. In Somalia, the situation is compounded by civil unrest.

Drought, Famine, and Obstacles to Relief

“People are literally fleeing their areas because they can’t find food there,” he said. 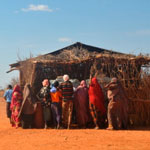 Drought conditions are the worst in Somalia—famine has been officially declared in six regions of the country. A quarter of the nation’s population has been displaced, either internally or to camps in nearby Ethiopia and Kenya.

In Dadaab, Kenya, the world’s largest complex of refugee camps is already full, with an estimated half million people living there. Tens of thousands of people are living outside of the complex due to lack of space and supplies. In September, an average of 1,000 people arrived each day.

In Ethiopia’s Dollo Ado, another complex of refugee camps, between 1,000 and 1,500 refugees from Somalia arrive each day. January of this year saw one camp filled over capacity with 38,000 people. Four camps now hold approximately 125,000.

Dana and Robin O’Crowley, humanitarian country directors for the Church in Ethiopia, estimated that by the end of the year Dollo Ado will be home to 200,000 refugees in five camps.

Within the city-like camps, refugees have access to water, food, and nutrition supplements, but those arriving after days and sometimes weeks of travel find that it can take more time to get registered to enter the camp.

“People with just four or five days worth of food are arriving at the camps and are having to wait sometimes three weeks to get registered,” Sister O’Crowley said.

In Kenya, Church humanitarian missionaries Dick and Janet Tuttle commented on the obstacles they deal with daily in offering aid and increasing individuals’ self-reliance. Any aid to the camps must be coordinated with one of the agencies that manage the camp, such as United Nations, UNICEF, or the World Food Program. Additionally, the Church seeks to make sure that every bit of the sacred funds dedicated to relief projects is used to provide necessary aid for those in need.

As part of its emergency response efforts, the Church is working on a humanitarian aid package and coordinating with several groups to reach as many people as possible.

In Ethiopia, projects to aid more than 100,000 refugees are under way, including water tanks and trucking services, sanitation supplies, and hygiene training for 15 villages; supplementary food for 8,700 malnourished children; nutrition centers and sanitation facilities for Somali refugees in Dollo Ado; and 5,000 hygiene kits.

The Church further plans to provide water catchment and storage structures, as well as soap and washbasins to serve tens of thousands of other residents in the communities surrounding the Dollo Ado camps.

Church humanitarian aid plans for Kenya include an agreement to provide medicines, medical supplies, and health posts that will allow partner organizations to provide medical care and feeding to an estimated 90,000 Somali refugees in the Dadaab camp complex.

The Church is also coordinating with Kenya’s Ministry of State for Special Programmes to assess and respond to needs in the northern drought-stricken districts.

In Somalia, the Church is working through partners to fund the purchase and distribution of food staples to 3,000 internally displaced families living in camps in the Mogadishu area.

Future plans include a partnership to provide emergency water solutions to seven villages (14,000 people) and medications to 15 hospitals and clinics in the Gedo region bordering Ethiopia.

Approximately 20,000 drought victims in Uganda will benefit from five containers of Atmit—a nutritional supplement used to feed the severely malnourished—which are being distributed by the Church in partnership with the Minister of Relief, Disaster Preparedness, and Refugees.

Thabo Lebethoa is the Africa Southeast Area welfare manager for the Church. From Johannesburg, South Africa, he works with other Church employees and leaders, as well as local nongovernmental organizations, to assess situations within the Area’s countries.

The best way for members to help, Brother Lebethoa said, is by contributing to the Church’s humanitarian fund.

In addition to the relief aid the Church is sending to these countries, ongoing humanitarian projects to improve quality of living and increase self-reliance continue. Plans are in the works to provide assistance in welfare initiatives, including clean water, vision care, and wheelchairs.

In Ethiopia, the O’Crowleys’ current focus is on water projects—drilling wells, installing pumps, and sanitizing water sources. So far this year they have completed six well projects that serve 350,000 people, helped to provide wheelchairs to 250 people, and trained 1,800 people in neonatal resuscitation.

In some of the worst hit countries, humanitarian workers comment on the strength of the Saints as they respond to the conditions.

“Our impression of the Saints here is how their faith and belief is so strong. . . . [The gospel] is the center of their lives; they are trying to be so obedient and righteous,” the Tuttles wrote on their blog in March.