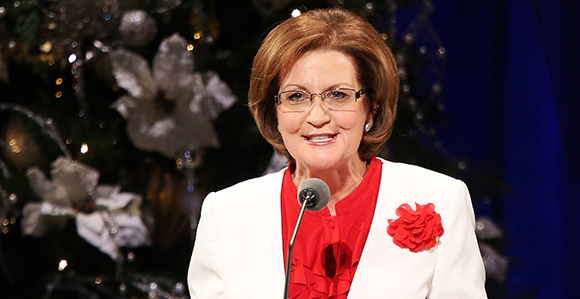 “My prayer for each of us is to accept the invitation of the sacred Christmas hymn to ‘come, let us adore him’ and our Heavenly Father for His glorious and perfect plan.” —Sister Linda K. Burton, Relief Society general president

During the First Presidency’s Christmas Devotional on Sunday, December 6, Sister Linda K. Burton, Relief Society general president, shared two personal Christmas memories in hopes that individuals could “see the reason why I have hope in the Savior, in ‘God [our Eternal Father who] so loved the world, that he gave his only begotten Son’ (John 3:16), and in the Father’s perfect and glorious plan of happiness.”

The first Christmas memory Sister Burton shared involved being a homesick 14-year-old living in New Zealand as her father served there as mission president. Sister Burton said as an “immature teenager,” she missed the familiar sights, sounds, and celebrations of Christmas, including cousins, aunts, uncles, and other family she knew would be gathering for festivities in Salt Lake City.

On Christmas Eve 1966, however, her heart changed when her father received a phone call that his father, her Grandpa Kjar, had suffered a major stroke and was in the hospital. Although shaken, her father bore testimony of the Father’s plan and his faith in the Savior’s vital role in it. “His testimony touched my aching heart,” Sister Burton recalled.

Her grandfather passed away the next day—Christmas Day in New Zealand but Christmas Eve in Salt Lake City. “Although I mourned his loss, I was blessed and comforted in my knowledge of the glorious plan of happiness,” Sister Burton said. “I don’t think I fully understood, at that point in my life, the vital part the Savior and His atoning sacrifice played in making it possible for me to reunite with loved ones someday. But I knew enough to rejoice in the plan. I knew enough to adore Him whose birth we celebrated.”

Sister Burton then shared a Christmas memory from 1984 when she was a wife and the mother to four young children, ages 3 to 10. Six weeks before Christmas, she was diagnosed with cancer. During those weeks she drove for almost daily treatments at the hospital.

“Realizing perhaps better than ever before how fragile life was, Heavenly Father’s plan of happiness became more personal than ever before. Christmas was different that year,” Sister Burton said. “As much as I love everything about Christmas, the only things that seemed to matter were my eternal marriage, my family, and my faith in and testimony of my Heavenly Father, Jesus Christ, and the plan.”

One day while resting at home, Sister Burton read the words to the Primary song “He Sent His Son” and knew she needed to teach it to the Primary children in her ward where she served as the Primary music leader and to her own young children. The song, Sister Burton said, taught her how she could show Heavenly Father gratitude for the gift of His Son.

“I felt that even if I might not be allowed the privilege of seeing our children grow to maturity, if they could come to know, understand, and live the simple but profound doctrine contained in this sacred song, they could become true disciples of Jesus Christ.”

Sister Burton said that when times are difficult, “we can make the choice to turn away from Him and struggle through our afflictions alone, or we can make the choice to turn to Him and the Father’s plan. … My prayer for each of us is to accept the invitation of the sacred Christmas hymn to ‘come, let us adore him’ and our Heavenly Father for His glorious and perfect plan.” 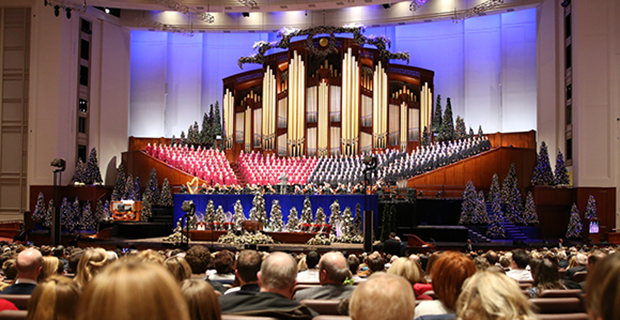