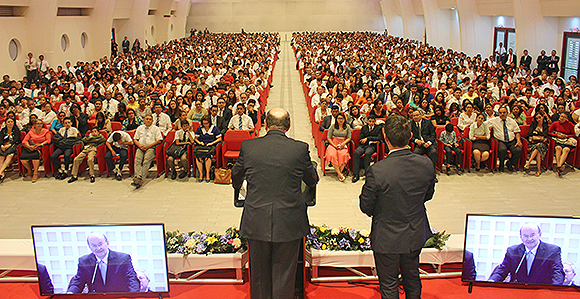 Elder Quentin L. Cook speaks to a capacity congregation at a devotional in Nicaragua.

“The feeling is that [Central America] is a wholesome place, that it is a family place. It is a place where people who have religious observance in the home are really very blessed.” —Elder Quentin L. Cook of the Quorum of the Twelve Apostles

Looking out on a capacity congregation of more than 2,000 youth and their parents in Managua, Nicaragua, Elder Quentin L. Cook shared an apostolic witness of the Savior Jesus Christ.

“Remember this special witness all your lives,” said Elder Cook of the Quorum of the Twelve Apostles.

He hopes the witness of the Savior will bless generations in the country and other Central American nations.

“The great and spacious building isn’t as dominant in Central America,” said Elder Cook, making reference to Lehi’s dream found in the Book of Mormon. “Especially when you are with the youth, you just feel the goodness of the rising generation. … There is something really powerful here. They are solid.”

The youth had flocked to the meeting in numbers far greater than expected; when the building reached capacity, some were turned away and had to participate in the meeting via technology.

“These are the children of Lehi and the children of the prophets,” said Elder Gerrit W. Gong, then of the Presidency of the Seventy, who accompanied Elder Cook. “The promises of the Book of Mormon include them.”

Central America is known for stunning landscapes and kind people, in addition to economic hardships and crime and violence.

But, Elder Cook said after arriving in Central America, the negative aspects of the area were not the prevalent feeling. “The feeling is that it is a wholesome place, that it is a family place. It is a place where people who have religious observance in the home are really very blessed. They stay close together in a multigenerational way. … There is a bright future for Central America. I think you go away with the feeling that things are going to get better and better.”

The Church has also seen substantial increases in endowed members with a current temple recommend.

In addition, work in the 18 missions and one missionary training center found in the area is “very strong.”

In Honduras and Nicaragua local leaders are focusing not only on growth but also on long-term retention, said Elder Gong.

He said much of the Church growth in Central America could be credited to strong multigenerational families.

“They have a belief in God. They have a sense of extended family and ancestors, and they have a great desire to improve their lives through education,” he said.

Temples in the area are blessing the lives of the members, Elder Cook said.

The Tegucigalpa Honduras Temple, for example, is truly a “light on the hill,” he said.

“One of the promised blessings is how many youth are coming to the temple,” said Elder Gong. “They are coming with their families. There is a great strength and love for the temple in Central America.”

During the trip, Elder Cook had lunch with Catholic Archbishop Nicolas Henry Marie Denis Thevenin and other faith leaders and participated in a religious freedom conference in Guatemala.

“The Central American countries do have a basic legal commitment to religious freedom and other civil liberties in their constitutions and laws,” Elder Cook said.

During the past 50 years Central America has undergone major social change and has become quite diverse religiously. “This has occurred without sectarian violence or significant persecution.”

“Central America is an example to other areas of the world,” Elder Cook said.

Elder Gong said Elder Cook reminded members and leaders in Central America that there is a sense of urgency and opportunity.

“At this moment in time when the future is so bright, we need to do everything we can while we can because there is so much opportunity,” Elder Cook said. 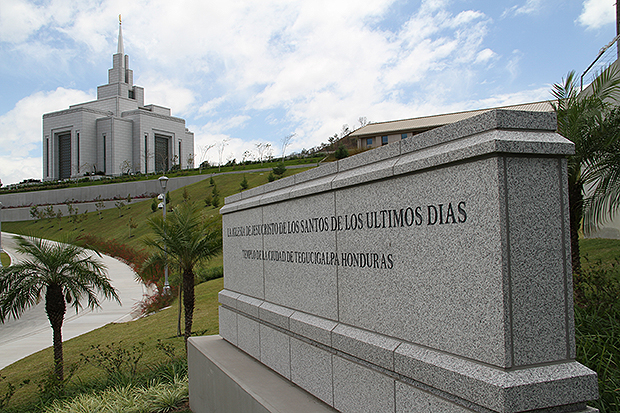 The Tegucigalpa Honduras Temple is the Church's 141st temple and the sixth in operation in Central America. Photo by Jason Swensen. 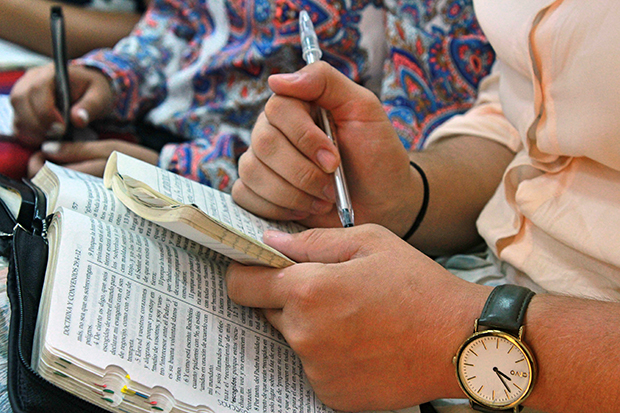 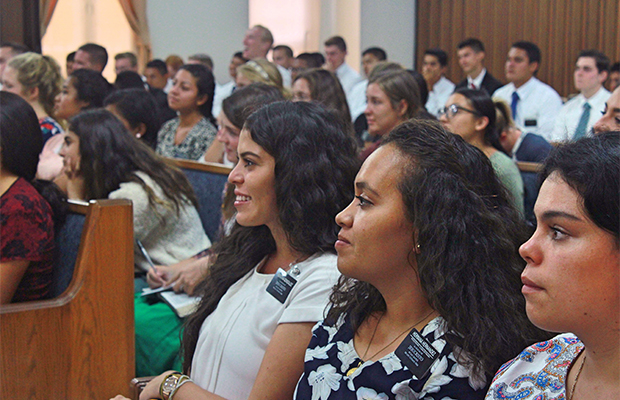 Missionaries listen to a devotional by Elder Quentin L. Cook in Panama. 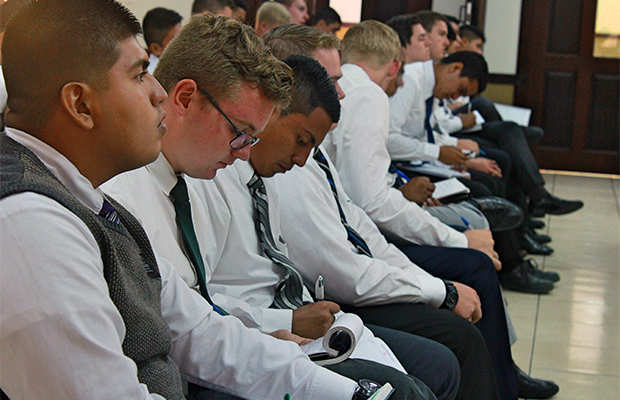 Work in the 18 missions and one missionary training center found in the area is “very strong.” 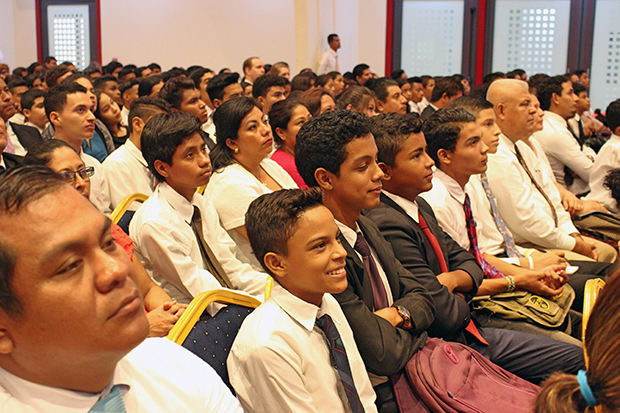 Church members listen to a devotional by Elder Quentin L. Cook in Nicaragua. 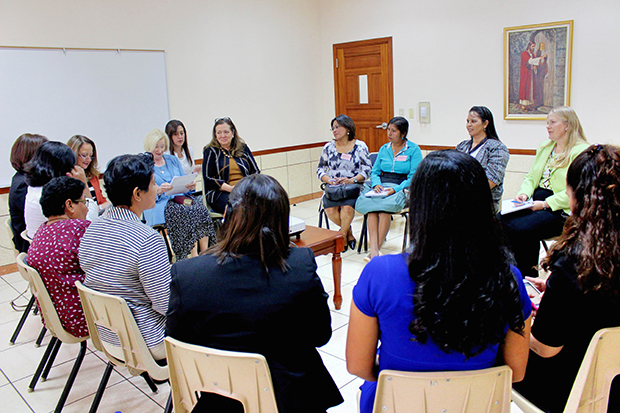 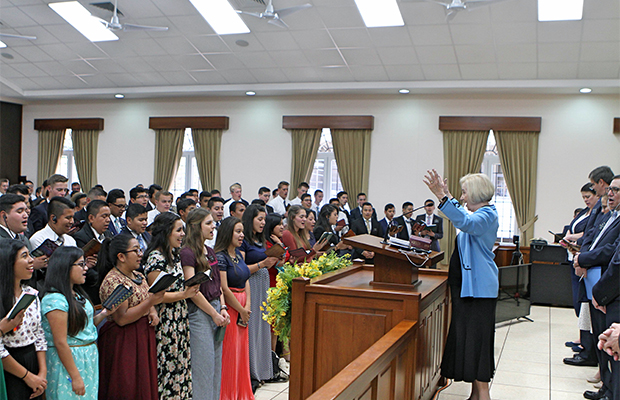 Sister Mary Cook, wife of Elder Quentin L. Cook, speaks to missionaries during a meeting in Tegucigalpa, Honduras. Photo by Josue A. Pena. 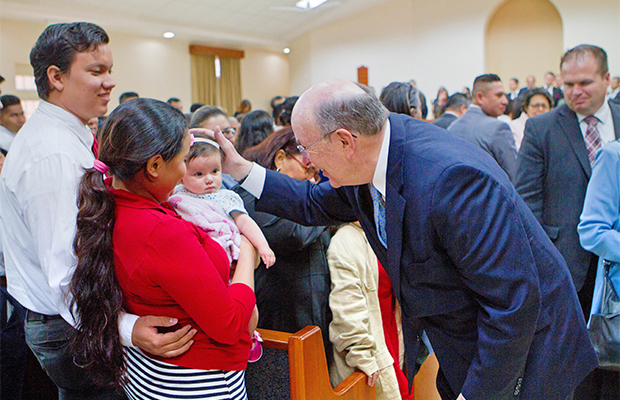 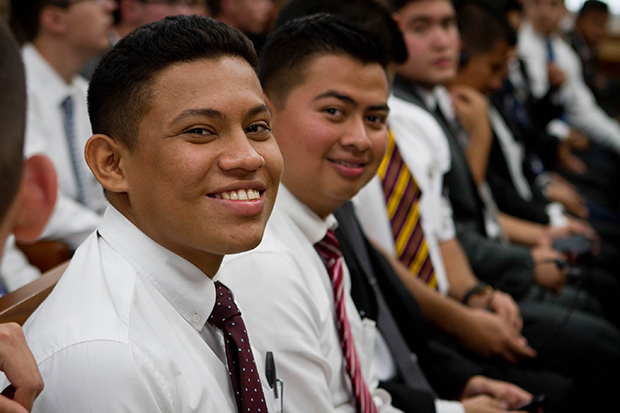 Elder Cook said that things in Central America are going to get “better and better.” Photo by Josue A. Pena. 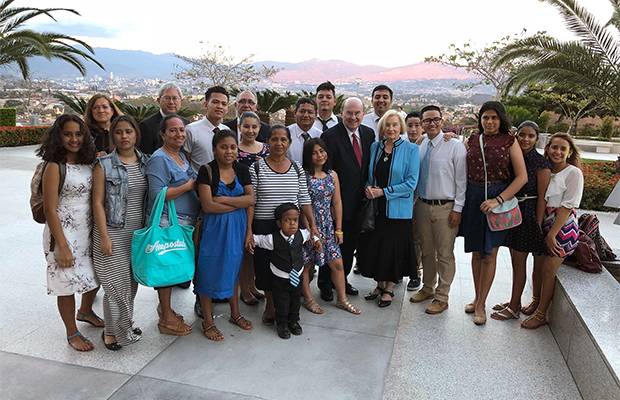 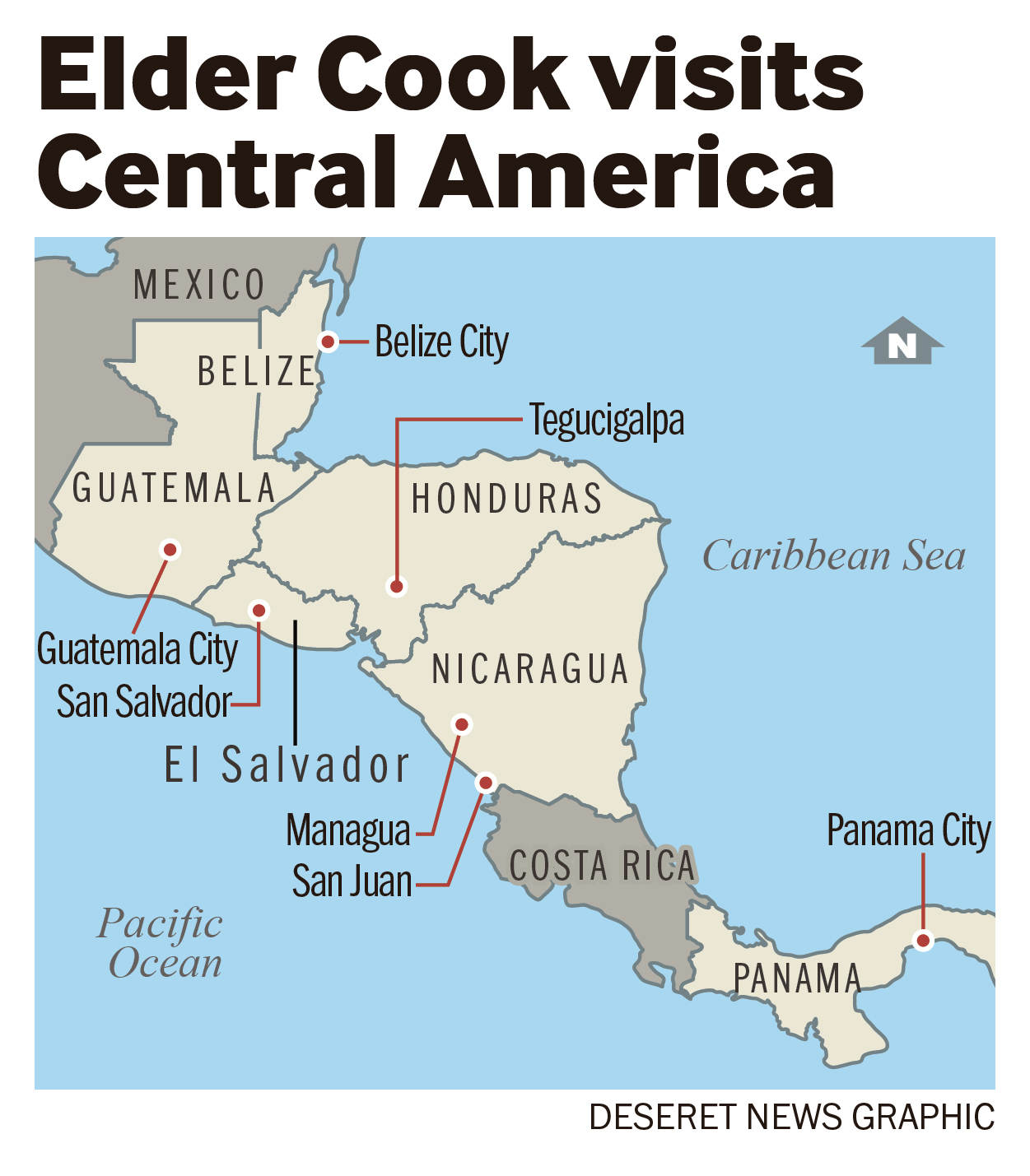