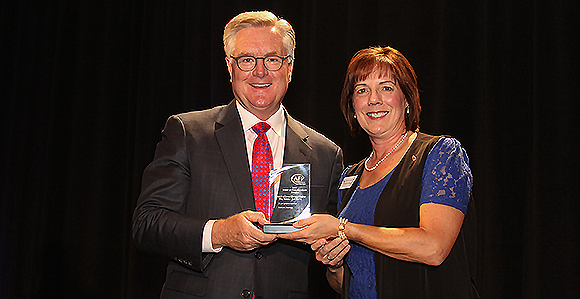 Adele Dietrich, president of the Association of Fundraising Professionals’ Phoenix Chapter, right, presents the Spirit of Philanthropy Award to Elder C. Dale Willis Jr., an Area Seventy, who accepted the award on behalf of the Church.

The Church and its volunteerism initiative JustServe were honored with a Spirit of Philanthropy Award at a 2017 Philanthropy Day luncheon sponsored by the Association of Fundraising Professionals in Phoenix, Arizona, on November 15.

Elder C. Dale Willis Jr., an Area Seventy who received the award on behalf of the Church, said that the award is even more special because the Church was nominated by Catholic Charities Community Services.

Michelle Curry, community outreach chair for JustServe in the metro Phoenix area, explained why the nomination was given. “Through our in-kind donations and volunteer force, members have helped refugees in many ways, including school clothing and backpacks, apartment setups, and mentoring,” she said. “We will be continuing our strong partnership with Catholic Charities to not only aid refugees but to help others in our community.”

Elder Willis said, “At the conclusion of the luncheon, I mentioned to the CEO of Catholic Charities that the Church has been honored to serve our Heavenly Father’s children, and all we desire is to be ‘part of the choir’ with other denominations in making sure there are ‘no poor among us.’”

CEO Paul Mulligan responded, “It has been a blessing for Catholic Charities to become aware of and involved with JustServe.”

JustServe is a website (justserve.org) that matches volunteers with local agencies that want them. It is not meant for or used only by LDS volunteers, but rather is a site for anyone to find philanthropic opportunities in a given vicinity. There are projects that require less than an hour to complete and others that grant volunteers the opportunity to develop friendships over time with those they serve.

“It is my testimony that one of the ways we live the two great commandments—to love God and our neighbor—is by becoming involved with JustServe in our communities,” said Elder Willis. 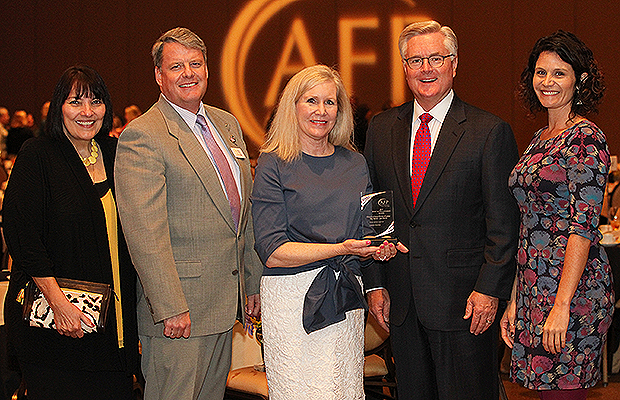