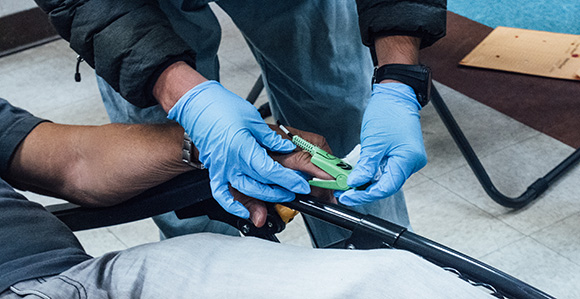 “I really believe this is something that God wants me to do at this stage of my life.” —Jordan Jones, Western Reperfusion founder

A group of premed students at Brigham Young University have banded together to provide medical screenings for underserved populations in the western United States.

The organization, Western Reperfusion, works to help Native Americans take preventative measures against peripheral arterial disease (PAD). PAD is a lack of blood to the extremities, caused by blockages from fatty plaque in the arteries. Severe blockages can lead to loss of limb or even death.

The disease affects many Americans, but American Indians have among the highest rates of PAD in the United States because of environmental factors and a genetic predisposition to diabetes. Unfortunately, many people in the mild and moderate stages don’t even know they have the disease.

While on his mission, Jordan Jones, Western Reperfusion founder, noticed a lack of medical services for the people he was serving in the New Mexico Farmington Mission, which also covers areas in Arizona, Utah, and Colorado. Some were driving as long as three hours to find proper medical care, he said.

“Getting 10 undergrad kids—doing school and other extracurricular activities—to give their time to something beyond themselves is pretty amazing,” said Jones.

Since its inception in October 2018, Western Reperfusion has provided PAD screenings on six different occasions. The screenings give recipients an opportunity to be treated before PAD reaches an unhealthy stage. In more severe cases, the students refer patients to doctors, cardiologists, and vascular surgeons for the appropriate medical care.

For these students involved in Western Reperfusion, the service goes beyond medical care.

“It’s cool to talk to the people during the screenings for 10 or 15 minutes and get to know their stories. We’ve met Vietnam veterans and other amazing, interesting people. It’s a great opportunity,” said Carson Bateman, vice president of Western Reperfusion.

During the screenings, students are able to feel the power of charity. Jones said he feels a spiritual impact through the program. “I feel Christlike love anytime I sit at a screening, and I get very emotional. I really believe this is something that God wants me to do at this stage of my life.”

The students hope to see the Western Reperfusion program grow over time and serve more communities, because the program is meant to be a public health initiative.

Jordan Jones was inspired to start Western Reperfusion by the underserved communities he interacted with while on his mission. Photo courtesy of Jordan Jones. 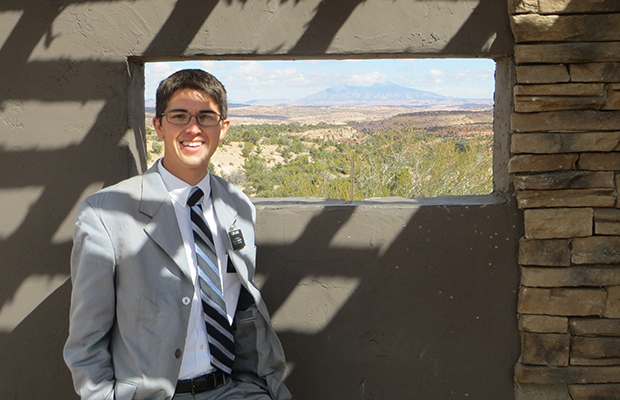 Jordan Jones was inspired to start Western Reperfusion by the underserved communities he interacted with while on his mission. Photo courtesy of Jordan Jones.