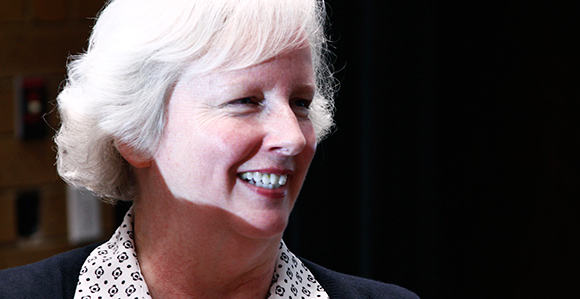 “In marriage, if both partners have employable skills and housekeeping skills, they will have greater flexibility and more resources to draw on.” —Renata Forste, BYU professor

Even though more women are working outside the home than ever before in history, women continue to do the majority of household work, said a Brigham Young University professor addressing the topic “Women’s Work? The Gendered Division of Housework.”

Addressing a packed assembly hall in the Spencer W. Kimball Tower on February 23, Sister Forste discussed how the gender gap in the division of labor in the home has evolved over the decades.

“I believe the underlying problem is that as a society, we do not value housework, certainly not as highly as we value paid labor,” Sister Forste said. “If we truly valued housework and homemaking, we would be willing to do it.”

The share of “traditional” breadwinner-homemaker households fell by nearly half from 46 percent in 1970 to 26 percent by 2015, according to data from the Pew Research Center. Sister Forste also noted that two-parent households with both parents working full-time increased from 31 percent to 46 percent during the same time period.

“This is a major shift in family life over the past five decades,” she said.

Much of Sister Forste’s work centers on research discussing resources women need in caring for offspring and how to encourage healthy child development.

Speaking to an audience full of university students and community members, Sister Forste offered advice to young families to weather uncertainty during economic ebbs. She said both partners in the household should work to develop their capabilities both inside and outside the home.

The honored lecturer shared snapshots of historical insight to how households operated centuries ago.

She explained how in the colonial period men primarily produced raw materials for the household while women were the manufacturers within the home—both engaged in economic production and reproduction.

During the colonial era, “the labor of everyone was valued and needed to provide for the family,” Sister Forste said.

Household production moved from inside the home to outside with the dawn of the Industrial Revolution, and men integrated into the labor force while women continued their role in the home.

Leading up to the 1950s, families with fathers as the sole wage earner constituted approximately 66 percent of all American households. Baby boomers began flooding the labor force, driving down men’s wages as more and more breadwinners competed for jobs. Supplementing the decline in household income, women reentered the labor market after leaving to make room for servicemen returning from World War II.

She said that if society considered housework to be “work” (not “women’s work”) that men also share in, the value of that work would increase, even if housework is unpaid. It is an important investment in family life and in the health and well-being of the next generation, she added.

“I would encourage each of you to develop both homemaking skills and employable skills as you prepare for your future,” Sister Forste said, speaking to the students in the audience, “and I hope that as Latter-day Saints, we value housework and investments in family life, especially those that are unpaid.

“When we work inside or outside the home, we should view it as ‘work’ and not as separate gendered spheres.” 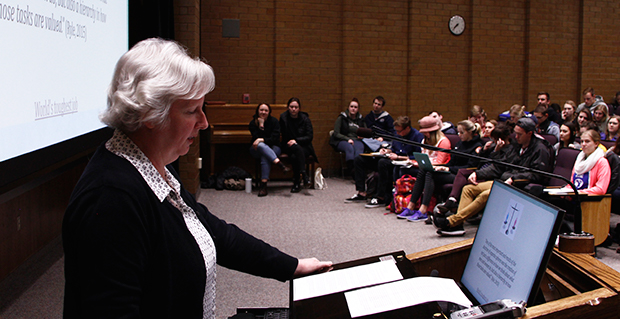 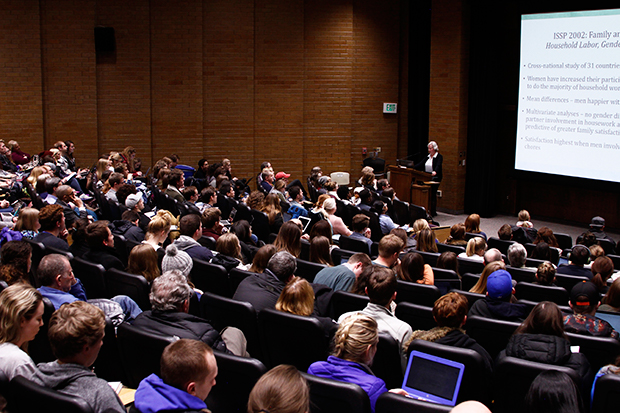 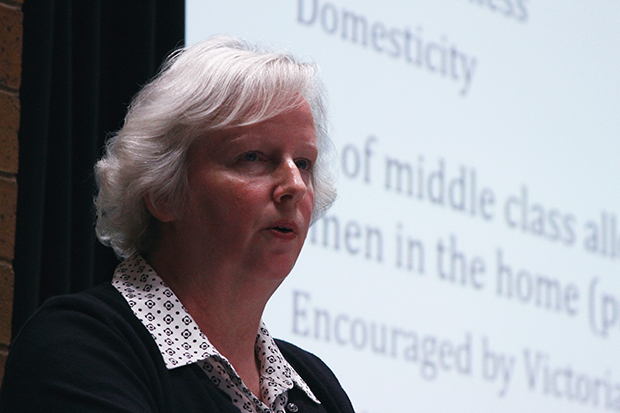 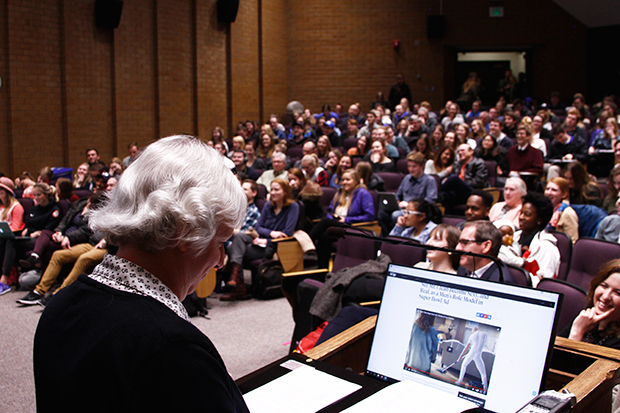 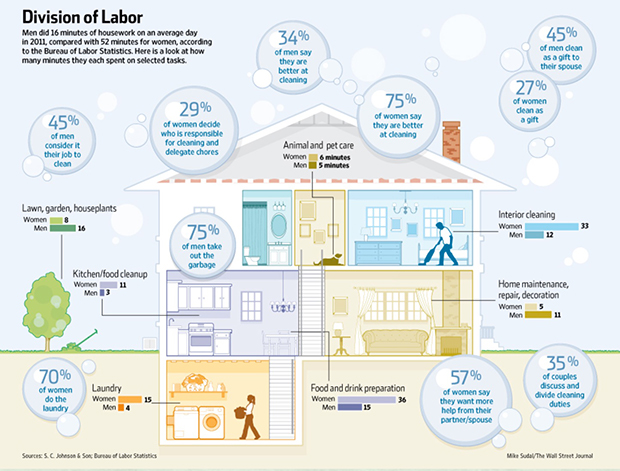 Men did 16 minutes of housework on an average day in 2011, compared with 52 minutes for women, according to the Bureau of Labor Statistics. Graphic by Mike Sudal, The Wall Street Journal.