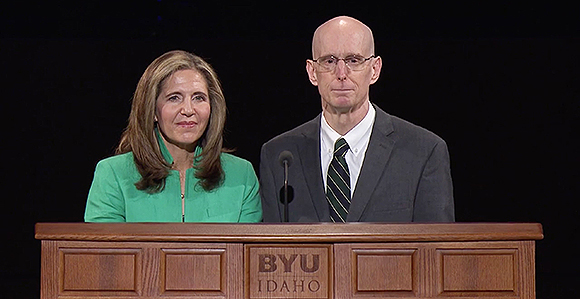 In a screenshot from the broadcast, Sister Kelly C. Eyring and President Henry J. Eyring deliver a joint address during a prerecorded BYU–Idaho devotional broadcast on Tuesday, May 19, 2020.

In a prerecorded campus devotional address, BYU–Idaho President Henry J. Eyring recalled his first three months living in Rexburg as a child, when his father, President Henry B. Eyring, served as the president of the school then called Ricks College.

Young Henry and his two younger brothers shared a single-wide trailer with their parents. “I regret to confess,” he said, “that one of [3-year-old] Matthew’s first full sentences was, ‘He hit me.’” 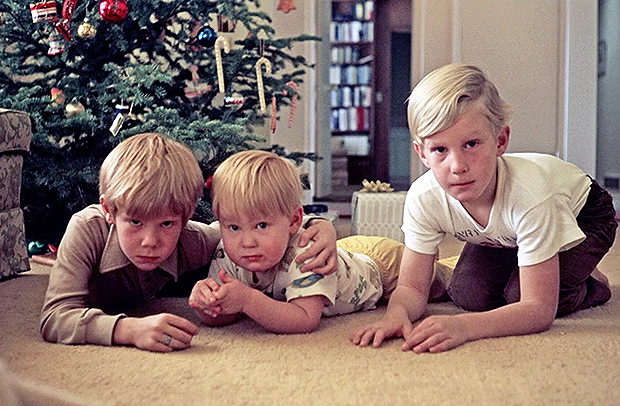 A screenshot from a BYU-Idaho campus devotional broadcast shows a young Henry J. Eyring, right, and his two younger brothers in a childhood photo of the BYU–Idaho president on Tuesday, May 19, 2020.

With many families staying inside during the COVID-19 pandemic, President Eyring said in the Tuesday, May 19, broadcast, “we can hardly imagine how this time has felt for the parents of young children living in small apartments.”

While the crisis has brought loneliness and uncertainty to many, it has also resulted in welcoming new habits, said President Eyring and his wife, Sister Kelly C. Eyring, as they jointly delivered their devotional address. Their journal entries “have become more focused on sacred experiences,” like the small plates of Nephi.

During the pandemic, they have drawn guidance from “The Family: A Proclamation to the World,” issued in 1995 by the First Presidency and Quorum of the Twelve Apostles, Sister Eyring said. “In particular, we have felt increased appreciation for the stated duties of husbands, wives, mothers, and fathers.”

The Eyrings expressed gratitude for the examples of their parents as well as other relatives. 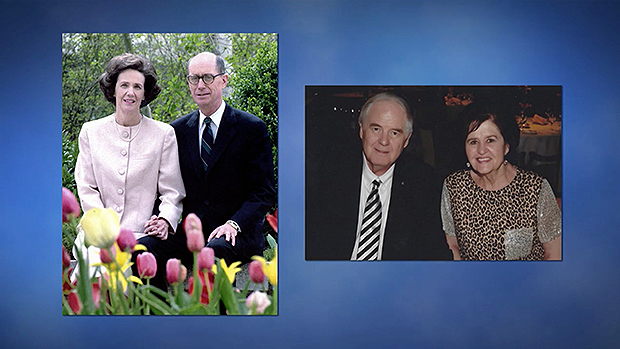 President Eyring spoke of an uncle who acted like an older brother to him. “This marvelous uncle welcomed me home from the hospital when I was born, in 1963,” he said. “A few years later, he was cheering at the swimming lesson when I first put my face in the water. Every summer he took me with my cousins and siblings to our favorite California beach.”

Now, this uncle treats the Eyrings’ children as his nieces and nephews. He exemplifies the family proclamation’s statement that “extended families should lend support when needed,” Sister Eyring added.

Parents face temptations and challenges as they strive to raise children faithfully, the Eyrings noted. One such challenge lies in the irony that children tend to come early in marriage, when income is typically limited.

“In these early years of a family, there seems to be a painful life-cycle mismatch of expenses and income,” Sister Eyring said. “In other words, you tend to have the biggest family needs when your bank account is smallest.”

Added President Eyring: “Throughout our lives, we need to stay focused on the things that matter most in the eternal scheme. But that is especially true in the beginning, as we leave our parents’ home to establish our own.”

He compared providing for a young family to beginning a waterskiing run: “The pull of your responsibilities to make a living and serve in the Church, as well as inviting children into your home, may sometimes make you feel like you’re drowning.”

“But natural leaders such as you soon get their water skis to ‘plane’ on the water surprisingly quickly, especially as you make the gospel the center of your life,” added Sister Eyring.

The Eyrings warned against the temptation to place professional opportunities ahead of family priorities. When President Eyring worked as a management consultant, they said, he received a “spiritual wake-up call” after his credit card provider called to inform him his card had been stolen.

In fact, the card had not been stolen; he had used it to buy expensive airline tickets and hotel rooms while traveling overseas for work.

“In reality, there had been a thief: me,” President Eyring said. “And the theft was not one of money but of time and effort that should have been invested in my family and my calling as a stake high councilor.”

Soon after the credit card company called, he met with a counselor in the stake presidency, who asked about his poor attendance at high council meetings.

“Later, when I complained to Sister Eyring about his lack of appreciation for my heavy travel, she gently replied, ‘I know how your Church leader feels. It’s easier for the children and me when you’re gone for a long time, because then we can maintain a predictable schedule,’” President Eyring said.

To spend more time with his family, he accepted a different job opportunity that required a long commute and offered less pay.

“It was only in hindsight that I recognized the degree to which I had bought into the world’s definition of success. Its temporal prizes, including promotion and ever-higher pay and perks, had become my way of ‘keeping score’ and feeling proud of myself,” he said.

But that form of recognition does not last, he explained.

“By contrast, the work that wives and husbands spend nurturing children and grandchildren can be emotionally and spiritually fulfilling throughout a lifetime and into eternity,” Sister Eyring said. 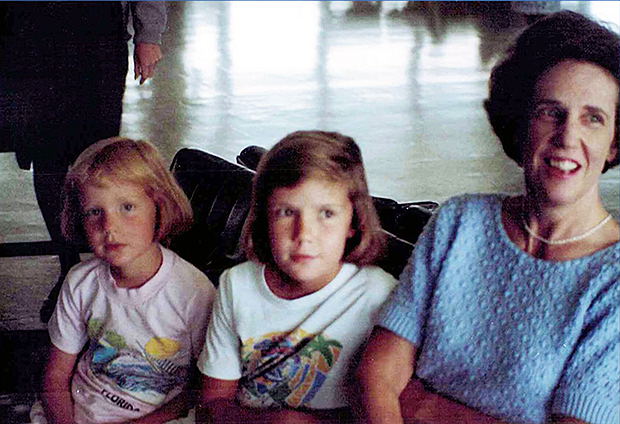 President Eyring spoke of his father’s tradition of recording in a journal nightly “the major events of the day, especially those with spiritual significance. . . . The entries are brief, rarely more than one typed page, including a photo or two. They are like the small plates of Nephi, focused on important family events and spiritual insights.”

These journal entries often include a small watercolor painting that President Henry B. Eyring creates in his office during lunchtime. He sends them to his posterity every night, President Eyring said. 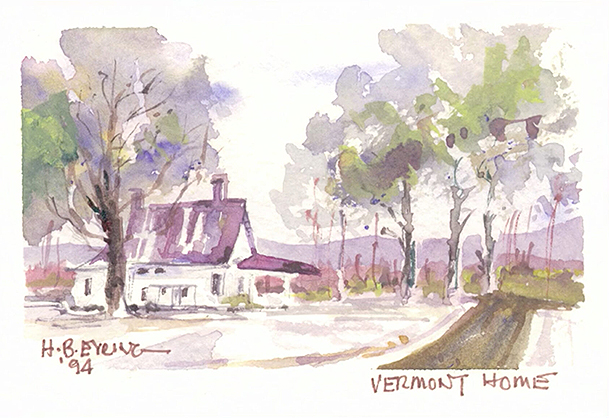 “Time is short for families, and the spiritual stakes couldn’t be higher,” added Sister Eyring. They evaluate their daily activities with “the journal test,” which “helps us focus on—and create—activities and feelings that we want to share with our family members and friends at the end of each day.”

President Eyring said he chooses to emphasize the positive in his journal, “especially when I’m praising my family members and friends, and when I’m expressing thanks for heaven’s blessings. . . .

“Faith is a choice that we can make in any circumstance, no matter how difficult it may seem at the time. And writing optimistically about our experiences can solidify our faith, building spiritual antibodies against the spiritual tests yet to come.”

Individuals do not need to live or work in environments where they are surrounded by members of The Church of Jesus Christ of Latter-day Saints in order to keep an inspiring journal, he noted. Rather, God has commanded His children to let their lights shine in spiritual darkness. “As we shine our lights, the darkness will be driven back, and many of our colleagues will be drawn to us, seeking more light.”

This can lead to opportunities to share the gospel of Jesus Christ.

“Pray with an open heart and act as the Spirit directs,” Sister Eyring counseled. “As you do so, you will be given impressions and insights for yourself and family members.”

“Through the guidance of the Holy Ghost, Heavenly Father will empower you to minister as the Savior did during his mortal ministry and as He does now,” President Eyring promised.

Sister Eyring taught that “the pure in heart, as well as those whose hearts are troubled or aching, will be drawn to the light and happiness they see in us.” 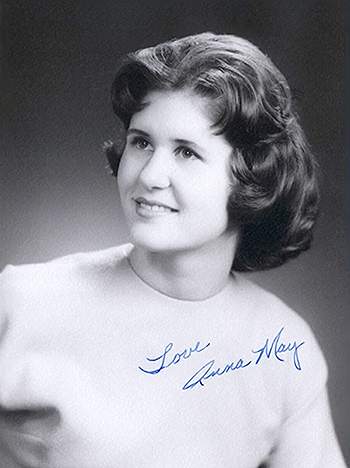