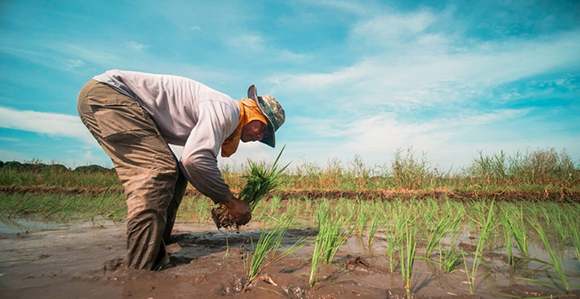 Many farmers experience challenges such as business illiteracy, lack of direct access to market, and aging. RiceUp’s mission is to help solve these problems through education. Photo by James Astle, courtesy of Church News.

“Despite the challenges you may face, . . . you can still create change.” —Eli Clark, RiceUp team member

In July 2016, Elvin Laceda arrived in Laie, Hawaii, from the Philippines with 88 pesos in his pocket.

He was excited to explore his passion for agriculture at Brigham Young University–Hawaii after three years of studying agricultural engineering at a college in his home country.

In the Philippines, Laceda was one of only five students in his college to study agricultural engineering. The Philippine government offered him a scholarship to continue in his studies, but he turned it down to serve a mission for The Church of Jesus Christ of Latter-day Saints in the Philippines.

“On my mission, I saw the poverty and devastation of how farmers were being taken advantage of,” he said, adding that seeing that “fueled me to do something.”

Little did Laceda know that motivation would result not only in his own personal education but the development of first a mobile app and then an educational and entrepreneurial “farm school” program that would number nearly 100 “farm schools” in five countries in Southeast Asia, the Pacific, and Central America.

And that program, called RiceUp, was the focal point of BYU–Hawaii’s winning a national entrepreneurship competition—for the university’s third such championship in as many years. 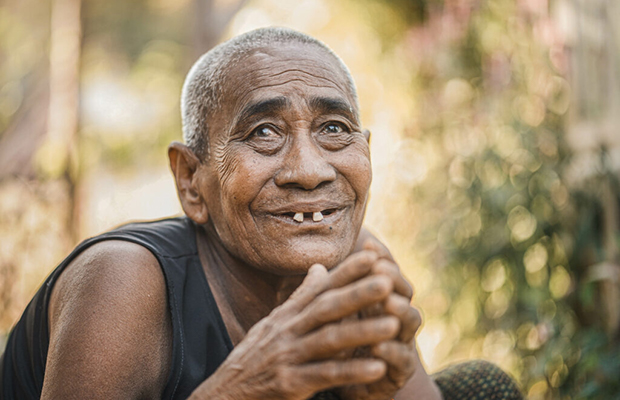 Many farmers experience challenges such as business illiteracy, lack of direct access to market, and aging. Photo by James Astle, courtesy of Church News.

In August 2016, just one month after coming to BYU–Hawaii with a full-ride scholarship, Laceda saw a lawn sign—“Great Ideas Competition.” Participants could enter to win a cash prize by submitting an entrepreneurial idea that benefited the community.

During his childhood, Laceda had always been surrounded by farmers. His farmer grandfather and vendor grandmother raised him after his parents separated.

Laceda knew that farmers often lacked adequate education and access to the market. They were also aging—the average age of Filipino farmers was 57 at that time—and very few young people were involved in farming.

With the help of two friends, Laceda developed a mobile app called RiceApp that connected farmers directly to consumers. Laceda and his small team submitted a video and business plan to the Great Ideas Competition, and they won $2,000.

“From there, he shared his vision,” said Joan Rey, one of the two friends who helped Laceda initiate the project. “My point of view about education, about creating impact, changed in a very big way.”

However, as time went on, they realized they weren’t tackling the root of the problem.

“We realized we have to educate the farmers first; we have to help them have a new and innovative mindset,” Laceda said.

Because of many farmers’ illiteracy, Laceda changed the business model from an app to a program. He called this new program RiceUp, encouraging farmers to “rise up” out of poverty.

Starting in the Philippines, RiceUp established farm schools. It partnered with entrepreneur Steve Gibson to create a school curriculum. Farmers could attend the free farm school 10 hours per week for 3 months to learn how to develop a business mindset.

RiceUp now has 93 farm schools in five different countries. Its goal is to help farmers become financially independent and self-reliant. 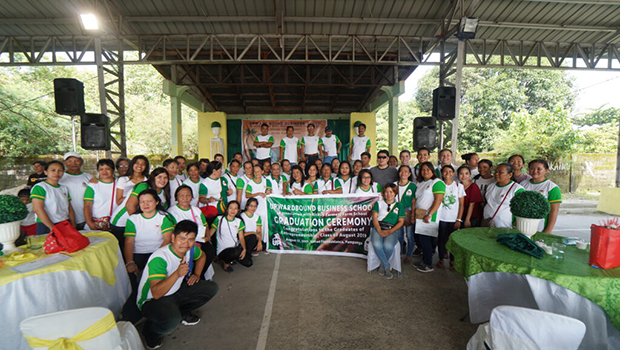 “RiceUp works as a social enterprise. We are not nonprofit; we are not for profit—we are a blend of the two,” Laceda said. RiceUp strives to be financially independent, like its farmers. It doesn’t depend on donations, though it welcomes them.

“After a farmer finishes graduating in our farm school, he becomes a member of a farmer cooperative. . . . An individual farmer can sell his produce to the RiceUp co-op, and then the co-op can sell the produce to either the middlemen or us,” he said.

That way farmers, traders, and consumers all benefit from a fair system. No one gets cheated out of money.

“We work for the one,” said Laceda. “If just one person is helped by our program, I am satisfied by that.”

The team’s efforts have raised 72,500 farmers out of poverty. This year alone, they helped create 945 jobs and generated a $65 million economic impact. On average, farm school graduates go from earning $70 per month to earning over $590 per month.

Before RiceUp arrived in the Paquibato District in Davao City, Philippines, fear and crime ran rampant throughout the community, led by a local communist party. In the 12 months prior to RiceUp’s arrival, the small community experienced roughly 100 incidents such as attacks and killings. However, from the time RiceUp started until now, there has been only one such incident.

“Because of the economic engine we created in partnership with the government, we’ve been able to see a huge change in the lives of people that live on less than a dollar a day,” said Eli Clark, RiceUp team member and BYU–Hawaii Enactus president.

Enactus is an international social entrepreneurship platform investing in students with ideas like RiceUp. The BYU–Hawaii Enactus team, led by Clark, was just crowned the 2020 Enactus United States National Champion on May 14, defeating more than 40 other U.S. universities and colleges.

This is the third year in a row the team has won the title. The 2020 student-run team included Eli Clark (United States), Jannah Fogavai (Samoa), Linh Nguyen (Vietnam), Sabrina McQueen (New Zealand), and Elvin Laceda (Philippines). They are all in their 20s.

“We all put in our own part[;] . . . we’re committed,” said Madeline Charles, RiceUp social media specialist. “To see the impact and outcomes of that has been so amazing, inspiring, and rewarding. I really look up to my team.”

Within the last year, RiceUp has expanded to Cambodia, Vietnam, Samoa, and Guatemala.

Lehonti Pérez Ovalle, CEO of RiceUp Guatemala, said his goal has always been to “help my people.” Because of RiceUp, he is helping them now instead of waiting until after graduation.

Anna Fogavai, country lead for Samoa, said, “I’m super excited, and I can’t wait to see how this particular project is going to impact my people.”

“In the next 5 to 10 years, we see ourselves being a leading agrisolutions business in the Pacific-Asia region,” said Clark. “We’ve already made plans to expand to places like Thailand, Laos, and Myanmar.”

The COVID-19 pandemic has not stopped the RiceUp team. In a time of worldwide unemployment and food shortages, RiceUp continues to provide both employment and food. The farmers continue working, because “lots of people want to eat affordable and healthy produce, and we provide that,” said Laceda.

During the pandemic, RiceUp has delivered over 33,000 pounds of fresh produce to more than 20,000 people in need, all the while helping farmers maintain their incomes.

“RiceUp education has impacted me in many aspects. . . . It shows me the beauty of business,” said farmer Neniven E. Tajonera, RiceUp graduate and mentor. “I am proud to be called an ‘agripreneur.’”

Another farmer, Aljun Aurel, became a RiceUp mentor and licensed teacher. “Because of RiceUp, I have a dream that someday Paquibato District will be recognized as one of the leading productive agricultural [places] in the Philippines,” he said.

“Despite the challenges you may face, . . . you can still create change,” said Clark.

Additional information on RiceUp’s social and economic impact is available on the program’s website, as well as on its Facebook page and in this video. 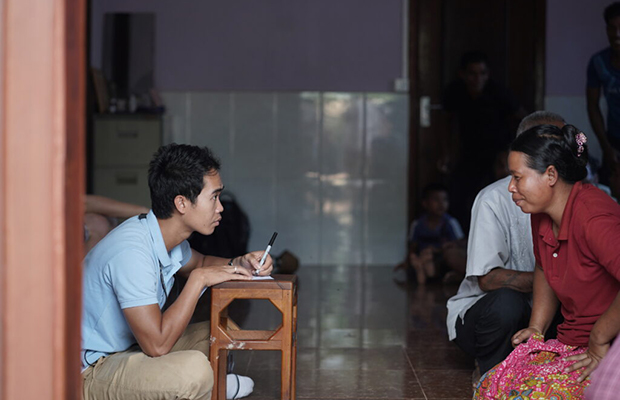 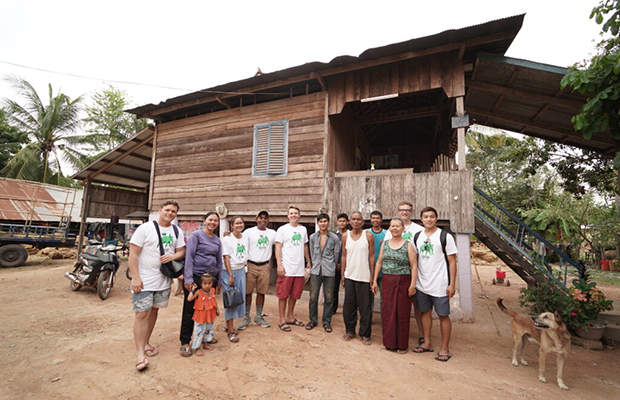 RiceUp has expanded to Cambodia. Photo by James Astle, courtesy of Church News. 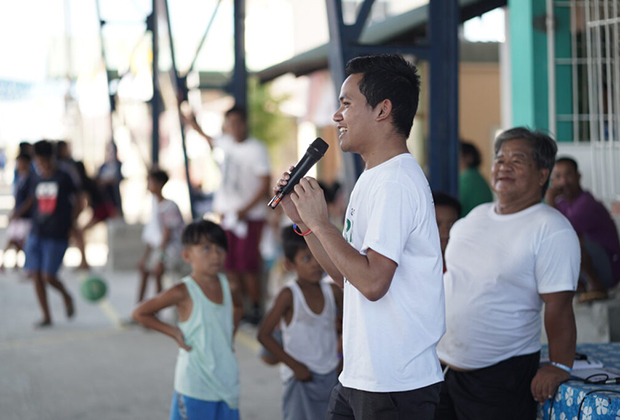 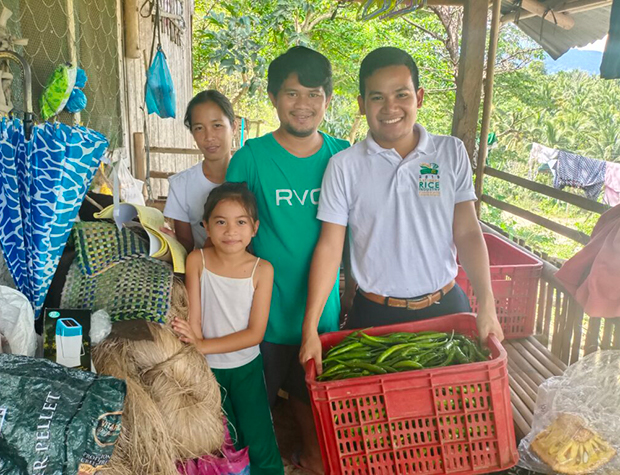 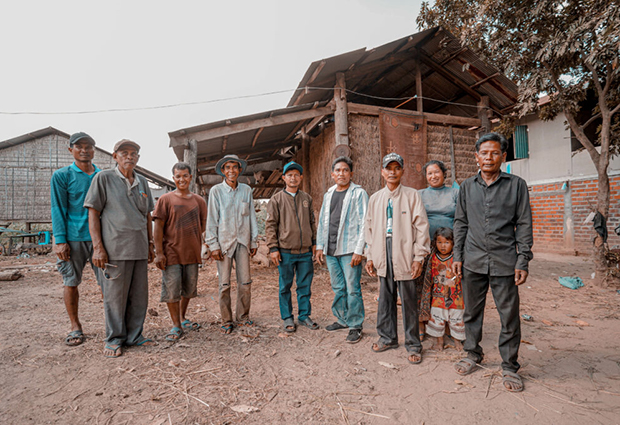 A group of farmers in Cambodia. Photo by James Astle, courtesy of Church News. 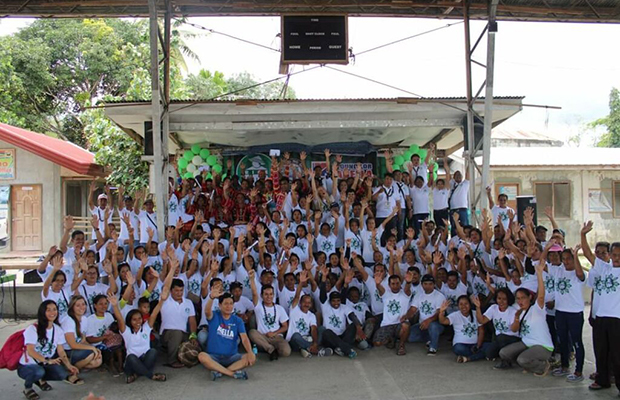 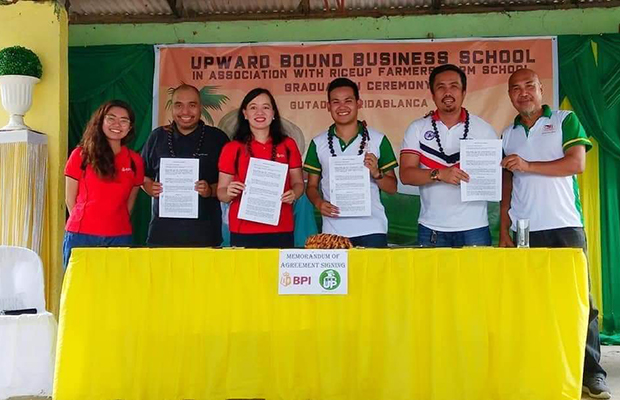 RiceUp’s major partner contributor, the Bank of the Philippine Islands Foundation, provided funds to support the climate-smart programs of RiceUp, enabling farmers to be competitive. A memorandum of this agreement was signed August 2019. Photo by James Astle, courtesy of Church News. 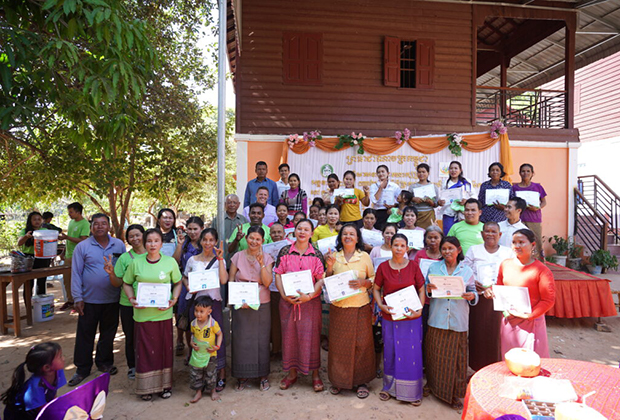 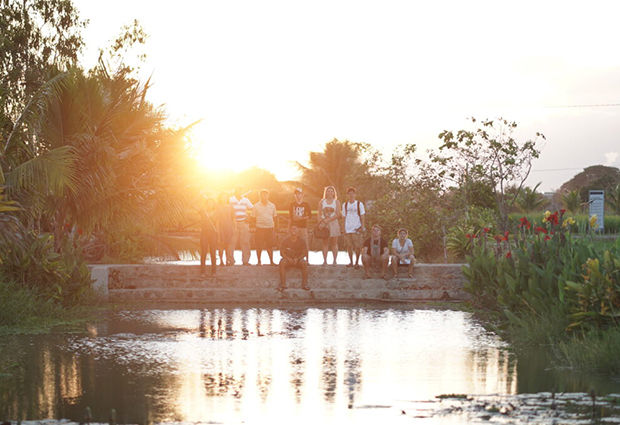