“Your future is brilliant; your possibilities are limitless. Your destiny is eternal and divine. I testify of God’s love for each of you, individually, and His sincere desire to help you return to Him—pure, refined, and ready to enjoy eternal life with Him.” —President Stephen W. Owen 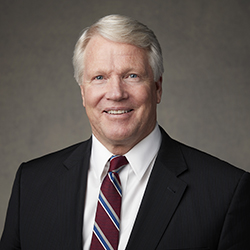 Shortly after returning from his mission, Stephen W. Owen, Young Men General President, said he felt he needed some direction for his life.

He knew it was up to him to determine what his future would be like. Trying to discern the Lord’s will for him, President Owen prayerfully set some goals that would create balance in his life.

“This was a pivotal moment for me, and the goals I set that day have been a blessing throughout my life,” President Owen told BYU–Hawaii students. “Since then, I have been surprised how consistent that experience is with the principles the Lord has established as the foundation for His new program for children and youth.”

President Owen’s devotional address at BYU–Hawaii on Tuesday, November 5, focused on how the principles behind the new Children and Youth program are not just for children and youth—they can apply to everyone, including young adults.

During the Children and Youth introductory video shown worldwide on September 29, President Russell M. Nelson said “at the heart” of the new program is Luke 2:52: “And Jesus increased in wisdom and stature, and in favour with God and man.”

Using this scripture, President Owen shared with BYU–Hawaii students what it might mean to grow in each of the four areas and create a balanced life. “Your Father in Heaven wants you to grow and progress in all of these areas—they are all important to Him, and they all have eternal consequences,” he said.

In God’s eyes, increasing in wisdom is about more than earning good grades and a college degree, President Owen said.

Both spiritual and secular learning are essential to learning “all things that pertain unto the kingdom of God” in order to “be prepared” and “magnify the calling . . . and the mission with which I have commissioned you” (Doctrine and Covenants 88:78–80).

Education is part of eternal spiritual progress and leads to opportunities and self-reliance, which “gives us freedom to serve others and serve the Lord,” he said. Those who seek to grow intellectually will also have an advantage in the next life.

“As you ponder goals to increase in wisdom, I invite you to consider not just your future career but your future contribution in building the Lord’s kingdom,” President Owen said. “Ask Him how you can become a more effective instrument in His hands.”

Eternal gospel truths also shed light on the importance of physical growth. Obtaining a body is essential to God’s plan of happiness for His children to receive all that He has. The body is a temple for the spirit to grow and develop.

President Owen said of caring for physical health, “We exercise and eat right not because we want to impress others with our physical appearance but because caring for our bodies is an expression of love and gratitude to God for this marvelous gift.”

“We cherish the experiences we are having in our physical bodies because we know that these experiences are meant to refine and discipline our spirits and prepare us to inherit glorified, immortal bodies like our Heavenly Father’s,” he continued.

When the body hasn’t been taken care of, it sends warning signals, such as feelings of hunger or becoming sick. But feedback for the health of one’s spirit is much more subtle, President Owen explained.

As part of a “regular spiritual checkup,” consider using these questions from the scriptures: “‘Have ye spiritually been born of God?’ . . . ‘What lack I yet?’ ‘What think ye of Christ?’ . . . ‘Lovest thou me more than these?’”

Another indication of spiritual health could be how one responds to an opportunity to attend the temple, attend a devotional, serve in the Church, or help someone in need. “Are you eager or reluctant?” President Owen asked.

Seek out quiet moments, and listen for the whisperings of the Spirit. “Turn off the noise of the world, and seek to connect with heaven,” he said. “And then let the Lord teach you, through the Holy Ghost, what you need to do to nourish your Spirit.”

Though life as a college student is busy, President Owen said, develop these spiritual habits now, not later.

“If Jesus Christ and His Church cannot find a place in your life now, it will be harder—not easier—to find that place later. . . . Then, when tragedy or crisis strikes, you will know where to turn, and you will turn there quickly and automatically, because it’s a well-worn path you’ve traveled many times in your life.”

The Lord also wants His children to grow socially. In the era of technology and communication advances, it’s ironic that people seem to have trouble connecting with those closest to them, President Owen pointed out.

“We can know about current events virtually anywhere in the world, but do we know what’s happening in the lives and hearts of our neighbors next door?

“Should it surprise us that we have such a widespread plague of loneliness and depression and contention in the world today, even while surrounded by devices that supply unending entertainment but no warmth?” President Owen asked.

Heavenly Father puts His children in families, communities, and wards so they don’t have to be alone. As the Prophet Joseph Smith taught, friendship is a principle of the gospel that can “revolutionize and civilize the world” and unite the human family.

“Some of us are, by nature, more reserved or independent or shy by nature. That’s OK,” President Owen said.

“I know of no commandment saying, ‘Thou shalt be outgoing and extroverted.’ But we are commanded to love one another, to serve people in need, and to be humble enough to accept friendship from others. We can all do that, no matter our personality.”

While growing intellectually, physically, spiritually, and socially are each important, balance is key. Using the example of a building, President Owen illustrated that growth and progress must be balanced in order to function properly.

“Of course, perfect balance 100 percent of the time is not possible—or even desirable,” he said. Temporary adjustments may be needed to focus on studies during finals week, give attention to physical health, or nurture a relationship.

Time doesn’t need to be divided equally between the four areas to achieve balance. Balance means “growing and making progress in each area, according to your individual needs,” he said. These four areas are interrelated; strengthening one will strengthen the others.

Counseling with Heavenly Father, as well as talking with leaders, family members, and trusted friends, can help one know how to grow in a balanced way to become more like the Savior Jesus Christ.

President Owen closed his address by testifying of Jesus Christ, the firm foundation upon which God’s children cannot fall: “It is only by following Him that we can become everything that our Heavenly Father intends for us to become.”

“Your future is brilliant; your possibilities are limitless. Your destiny is eternal and divine. I testify of God’s love for each of you, individually, and His sincere desire to help you return to Him—pure, refined, and ready to enjoy eternal life with Him.”

On November 17, President Owen will join Elder Gerrit W. Gong of the Quorum of the Twelve Apostles; Bonnie H. Cordon, Young Women General President; and Joy D. Jones, Primary General President, for a Face to Face event to answer questions and provide more details about the Children and Youth program. This new program will be launched in January 2020 and will replace all of the Church’s previous activity and development programs, including Personal Progress, Scouting, and Duty to God. 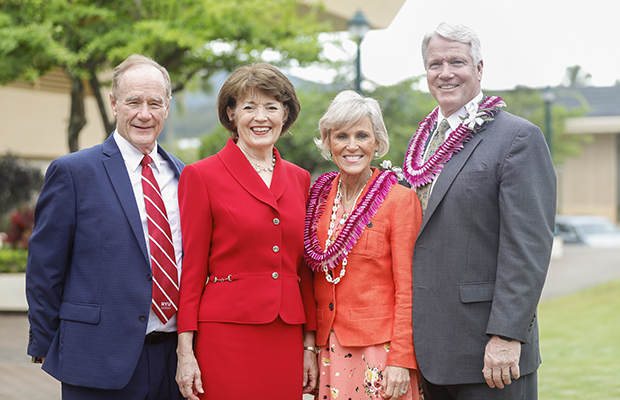 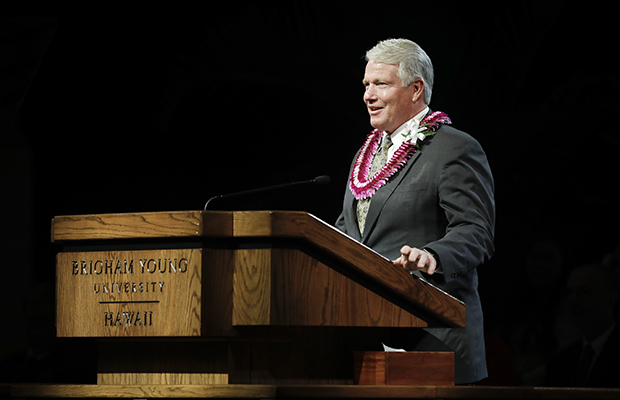 Stephen W. Owen, Young Men General President, speaks during a devotional at BYU–Hawaii on November 5 about the principles of the new Children and Youth program. Photo by Monique Saenz, BYU–Hawaii. 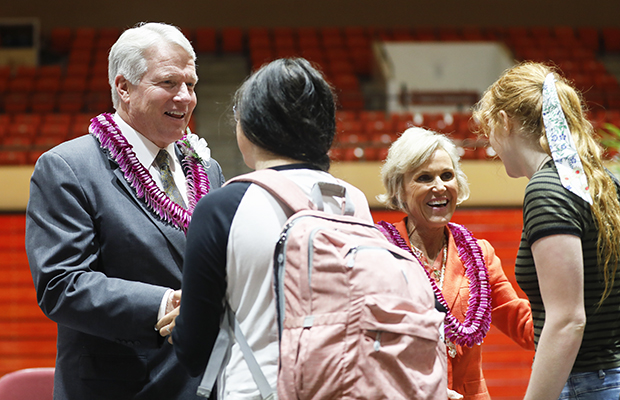 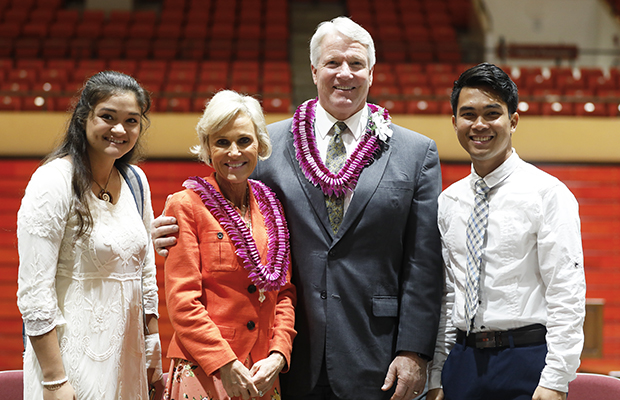