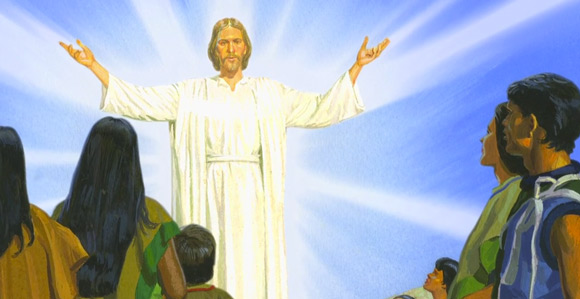 “These scriptural stories help to plant the seed of testimony in the hearts of children and others who view these videos by teaching gospel truths they will remember for the rest of their lives.” —Brent Meisinger, project manager, Scriptures Coordination Division of the Church Curriculum Department

Book of Mormon stories are coming alive for children, youth, and others this month with the updated Book of Mormon Stories videos, available now in Cantonese, English, French, German, Italian, Japanese, Korean, Mandarin, Portuguese, Russian, and Spanish at the Scripture Stories website on ChurchofJesusChrist.org.

The videos were made available in time for 2012’s Gospel Doctrine curriculum, focused on the Book of Mormon.

Originally available online as slideshows, the once two-dimensional images were given a new, animated three-dimensional look using a technique called parallax animation. Figures are cut out and moved around the canvas, and panning, blurring, and zooming provide additional visual interest.

The videos also feature sound effects and an original soundtrack.

“These scriptural stories help to plant the seed of testimony in the hearts of children and others who view these videos by teaching gospel truths they will remember for the rest of their lives,” said Brent Meisinger, project manager in the Scriptures Coordination Division of the Church Curriculum Department.

“The videos will provide people throughout the world with a learning experience that will encourage regular interaction with the scriptures and teach them skills that will prepare them for further scripture study,” Brother Meisinger added.

Adult viewers may recognize the images in the videos, which are illustrations created by Jerry Thompson and Robert T. Barrett in 1989. Their hand-painted artwork was published serially in the Friend for almost a decade and then printed together in 1997 as Book of Mormon Stories, after the Primary song of the same name.

Viewers can also watch the videos as podcasts in iTunes and as clips on YouTube and Roku. Families may also enjoy the Mormon Channel’s Scripture Stories program in which children and a moderator read from the stories, discuss them, sing songs, and share testimonies about the lessons in the scriptures.

The New Testament Stories videos were also recently animated in 11 languages. They too are available on the LDS Scriptures page, iTunes, and the Mormon Channel on YouTube.