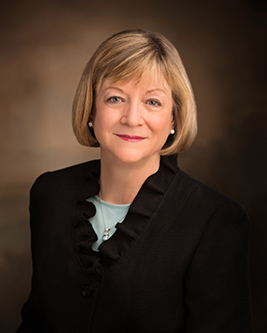 “There is a war going on in this world in which our most cherished and basic doctrines are under attack,” she said. “I am speaking specifically of the doctrine of the family. The sanctity of the home and the essential purposes of the family are being questioned, criticized, and assaulted on every front.”

Drawing from “The Family: A Proclamation to the World,” Sister Oscarson spoke of the clarity, simplicity, and truth of the revelatory document by the First Presidency and Quorum of the Twelve Apostles nearly two decades ago. (President Gordon B. Hinckley read the proclamation during the general Relief Society meeting on September 23, 1995.)

“Little did we realize then how very desperately we would need these basic declarations in today’s world as the criteria by which we could judge each new wind of worldly dogma coming at us from the media, the Internet, scholars, TV and films, and even legislators,” she said. “The proclamation on the family has become our benchmark for judging the philosophies of the world, and I testify that the principles set forth within this statement are as true today as they were when they were given to us by a prophet of God nearly 20 years ago.” 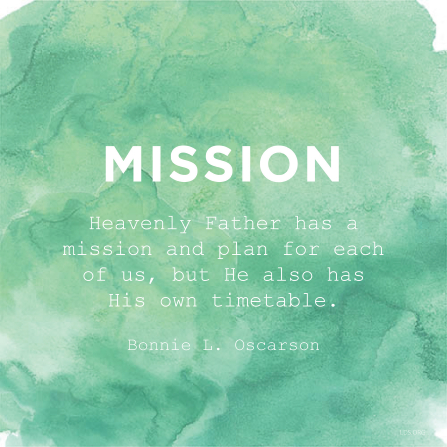 Recognizing that for most people life rarely goes exactly according to plan, Sister Oscarson said, “[We] are very aware that not all women are experiencing what the proclamation describes. It is still important to understand and teach the Lord’s pattern and strive for the realization of that pattern the best we can.”

Everyone, no matter what their marital circumstance or number of children, can be defenders of the Lord’s plan described in the family proclamation, she taught.

“If it is the Lord’s plan, it should also be our plan!”

Sister Oscarson shared three things to do as “steadfast defenders” of the family proclamation.

1. Defend marriage between a man and a woman.

“We need to continue to model righteous marriages, seek for that blessing in our lives, and have faith if it is slow in coming,” she said. “Let us be defenders of marriage as the Lord has ordained it while continuing to show love and compassion for those with differing views.”

2. Elevate the divine roles of mothers and fathers.

“We eagerly teach our children to aim high in this life,” she said. “We want to make sure that our daughters know that they have the potential to achieve and be whatever they can imagine. We hope they will be learning, be educated, talented, and maybe even become the next Marie Curie or Eliza R. Snow.

“Do we also teach our sons and daughters there is no greater honor, no more elevated titles, and no more important roles in this life than that of mother and father?”

3. Stand and defend the sanctity of the home.

She encouraged women to elevate the term homemaker—a term that is sometimes spoken of with derision.

“All of us—women, men, youth, and children, single or married—can work at being homemakers,” she said. “We should ‘make our homes’ places of order, refuge, holiness, and safety. Our homes should be places where the Spirit of the Lord is felt in rich abundance and where the scriptures and the gospel are studied, taught, and lived. What a difference it would make in the world if all people would see themselves as makers of righteous homes. Let us defend the home as a place which is second only to the temple in holiness.”