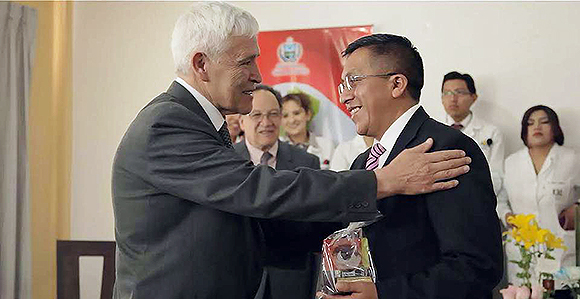 The High Complexity Eye Bank Laboratory in La Paz was recently renamed for President Monson in recognition of the Church making a substantial donation of medical equipment to the facility, according to the Church’s Mormon Newsroom website in Bolivia.

The equipment—which includes much-needed surgical tools and high-tech microscopes—will help improve the vision and eye health of more than 10,000 Bolivians.

“There can be no eye bank without those dreamers who realize their dreams,” said the laboratory's dean, Luis Fernando Perez Coco, after accepting the donation from the Church.

In a resolution announcing the name change, the Church was lauded for its generosity on behalf of the Bolivian people. The Thomas S. Monson Eye Bank, according to the resolution, will allow thousands to realize the hopeful words of the clinic's guiding hymn:

If someday you are covered by darkness,

If your eyes cannot see the light

There is hope in us—the hope of seeing again.

La Paz Bolivia Calacoto Stake President Hector Kenny Quintanilla represented the Church at a formal gathering at which the name change was announced. Other guests included Dr. Stefania Morales, director of the Ministry of the Presidency's Social Management Office; Dr. Roman Cordero from the La Paz Department of Health; and Dr. Rosalinda Fernandez of the Pan American Heath Organization and the Medical College of Bolivia.

A public medical services facility named after the 89-year-old Church president seems a natural fit. President Monson's decades of Church leadership have been largely defined by his acts of service, both personal and through his many ecclesiastical duties.

Bolivia is home to more than 177,000 members, and the Church's humanitarian efforts are well known across the country. Various Church-sponsored projects have blessed the Bolivian people with the gift of sight, mobility, and even life itself. Many in the Andean nation, for example, enjoy independence thanks to wheelchair distribution projects. Others enjoy nutrient-rich diets thanks to the Church's many family agricultural and food efforts. And each day, premature babies in the city of El Alto are kept alive by neonatal equipment purchased by the Church through the generosity of members worldwide.

The Church was established in Bolivia 52 years ago—November 22, 1964—when 19 people gathered in the interior city of Cochabamba for the nation's first official Church meeting. Missionaries arrived two days later and have had a vibrant presence in the country ever since. 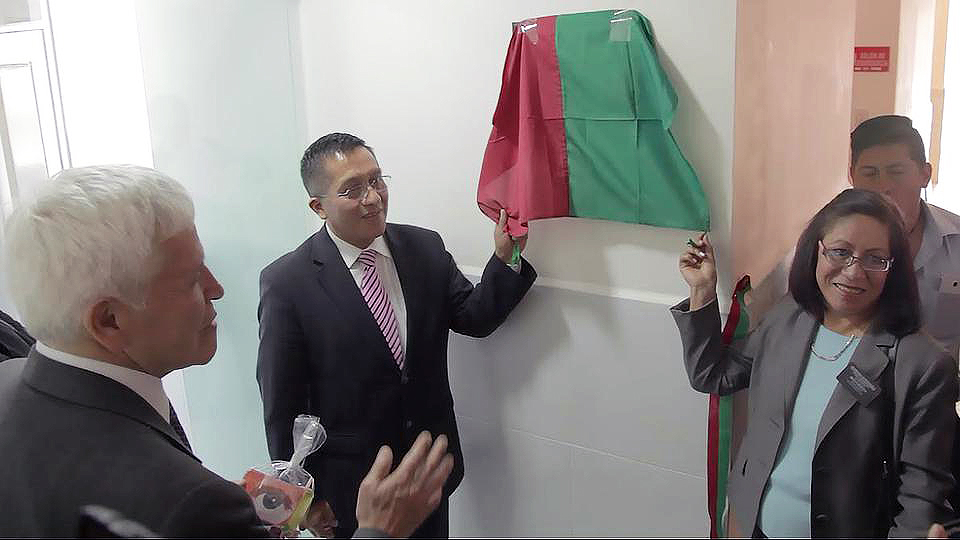 Church representative Hector Kenny Quintanilla unveils a sign for the Thomas S. Monson Eye Bank in La Paz, Bolivia. The eye care center was renamed for the Church President in recognition of the Church’s substantial donation of medical equipment. 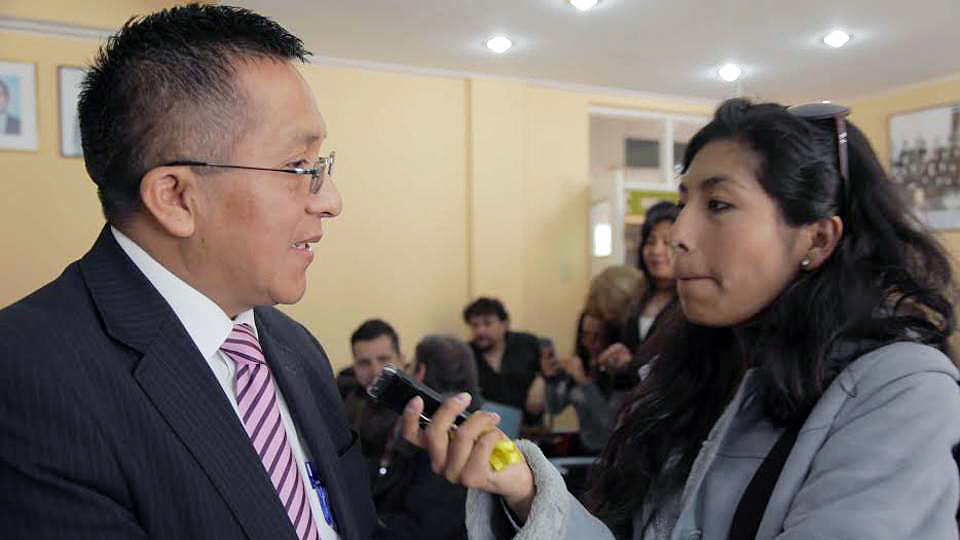