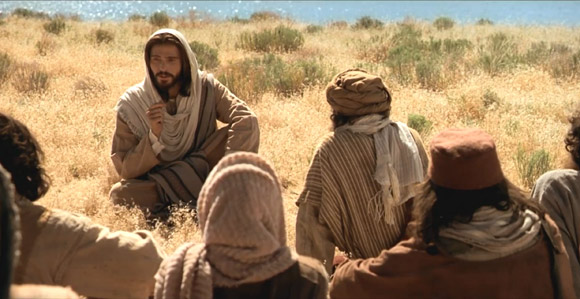 As the collection of Bible Videos grows, and as individuals share them with others, more people are being inspired and learning about the life of the Savior.

Six videos to 37. Three languages to 10. What started almost a year ago as a small collection of videos focusing on the birth of Jesus Christ has now grown to a collection depicting a variety of stories and people from the life and ministry of the Savior.

Bible Videos, announced last December at the First Presidency Christmas Devotional, are based on the King James Version of the Bible and were filmed on the Jerusalem set at the Church’s LDS Motion Picture Studio South Campus in Goshen, Utah. They are now available in Cantonese, French, Italian, Japanese, Korean, Mandarin, and Russian, as well as the original release languages of English, Portuguese, and Spanish.

The purpose of these videos, said Bill Elliott, director of media resources for the Priesthood Department, is to increase people’s faith in Jesus Christ through stories. In very real ways, he said, the videos have served to “bring Christ unto the people.”

In an age where people are watching and sharing and reading their scriptures online more and more, these stunningly filmed videos serve to inspire people and act as a helpful supplement to the printed scriptures.

Those who access the videos through the available channels—the Bible Videos app, iTunes, Mormon Channel (including presence on Roku, YouTube, and the Mormon Channel app)—generally watch them on their own, as part of family home evening, or in a lesson. But many also then share them with friends and family using social networking tools. This has been the case particularly during Easter and Christmas, said Brother Elliott.

“These videos were created for sharing,” he explained. “They’re for the world—not just for Latter-day Saints. That’s one of the reasons we made them short.”

Comments from those viewing the videos on YouTube, where some videos have been watched more than 120,000 times, include things like, “This video really brought to life what the Savior did for us,” and “I enjoy seeing the things I have felt when I read the scriptures. Thank you.”

“We are pleased to see the effect these videos are having and how much they are being viewed and shared,” said Elder Christoffel Golden Jr. of the Seventy, now serving on the Scriptures Committee. “We encourage members of the Church to continue using and sharing these valuable resources.”

The video collection will continue to grow over time, product managers say. Plans are in place to film dozens more videos depicting the lives of the Apostles to create a media library of Bible stories.