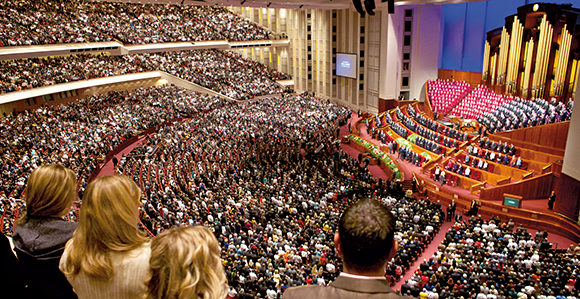 Find news and announcements from each session of the 185th Annual General Conference.

During the Sunday morning session of conference, President Monson announced plans to build new temples in Bangkok, Thailand; Abidjan, Ivory Coast; and Port-au-Prince, Haiti. Exact locations of the temples will be announced at a later date.

PORT-AU-PRINCE HAITI TEMPLE
Haiti is home to approximately 10 million people, including more than 19,000 Latter-day Saints. The Port-au-Prince Haiti Temple will be the first in the country, where missionary work officially began in 1980. Church members in Haiti currently attend temple services in Santo Domingo, Dominican Republic, which is almost a day’s journey away.

There are currently 144 operating temples, five temples under renovation, 13 under construction, and 13 previously announced temples in various stages of preparation. This year two temples will be rededicated and five new temples will be dedicated.

“What marvelous blessings are in store for members in these areas and indeed wherever temples are located through the world,” President Monson said.

The First Presidency has issued the following statistical report of the Church as of December 31, 2014.

Primary general presidency: Sister Jean A. Stevens was released; she will serve with her husband in the England London Mission. Sister Rosemary M. Wixom will continue to serve as president, Sister Cheryl A. Esplin will serve as the first counselor, and Sister Mary R. Durham has been called as second counselor.