All Sister Missionaries Now Have Option of Wearing Slacks 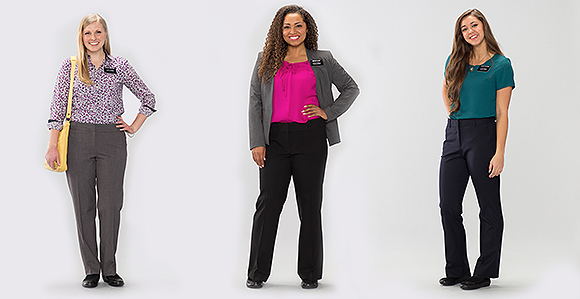 All sister missionaries now have the option to wear pants during regular missionary activities—including during normal training activities at missionary training centers.

“The sisters can wear dresses, they can wear slacks, whatever will help them in their service as they’re out amongst the people.” —Sister Bonnie H. Cordon, Young Women General President

Sister missionaries serving for The Church of Jesus Christ of Latter-day Saints now have the option to wear pants during regular missionary activities—including during normal training activities at missionary training centers.

The First Presidency updated the missionary dress and grooming guidelines for sister missionaries in a letter sent to local Church leaders dated December 20, 2018.

Sister missionaries should continue to wear dresses or skirts when attending the temple and during Sunday worship services, leadership and zone conferences, baptismal services, and missionary training center devotionals, according to the letter. In areas where for cultural reasons it is not acceptable for women (including sister missionaries) to wear dress slacks, sister missionaries may choose to wear ankle-length skirts for additional protection from extreme weather and vector-borne diseases such as Zika, dengue fever, West Nile virus, Lyme disease, and malaria, according to the letter.

The adjustment to dress standards, which takes effect immediately, was approved by the First Presidency and is primarily motivated by safety concerns, said Elder Dieter F. Uchtdorf, a member of the Quorum of the Twelve Apostles and chairman of the Missionary Executive Council.

“Adjustments to the missionary dress and grooming standards have changed over time since the beginning of the Restoration of the gospel of Jesus Christ in 1830 and will continue to do so in the future,” said Elder Uchtdorf. “As we adapt these standards, we always carefully consider the dignity of the missionary calling to represent Jesus Christ; the safety, security, and health of our beloved missionaries; and the cultural sensitivities of the places where they serve.”

Sister Bonnie H. Cordon, Young Women General President and a member of the Missionary Executive Council, elaborated on the changes for sister missionaries.

“There are a lot of vector-borne diseases because of mosquitoes and ticks and fleas,” said Sister Cordon. “This helps the sisters to prevent any of those bites or at least minimizes them.”

Sister missionaries in roughly half of the Church’s missions have previously been wearing dress slacks during the wet seasons to help protect them from mosquito-borne viral diseases such as dengue fever, Chikungunya, and Zika. This latest change will allow all sister missionaries to do so year-round, based on their own discretion.

“This is truly optional,” said Sister Cordon. “The sisters can wear dresses, they can wear slacks, whatever will help them in their service as they’re out amongst the people.”

“Sister missionaries are amazing people,” said Sister Cordon. “We want to make sure that they’re protected.”

Details of the revised missionary dress and grooming guidelines can be found online. 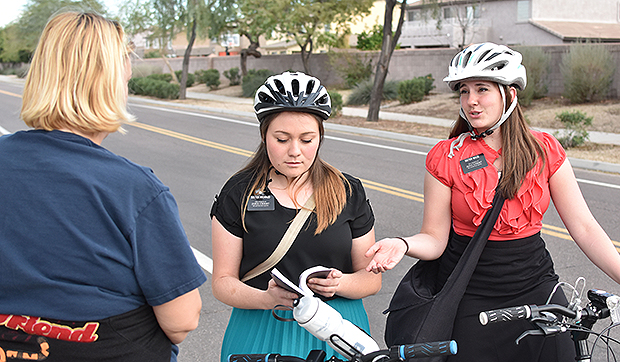 The option of wearing dress slacks will make it easier for sister missionaries to ride bicycles. 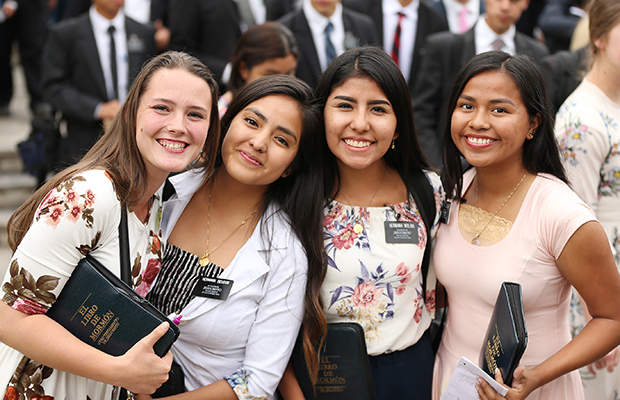 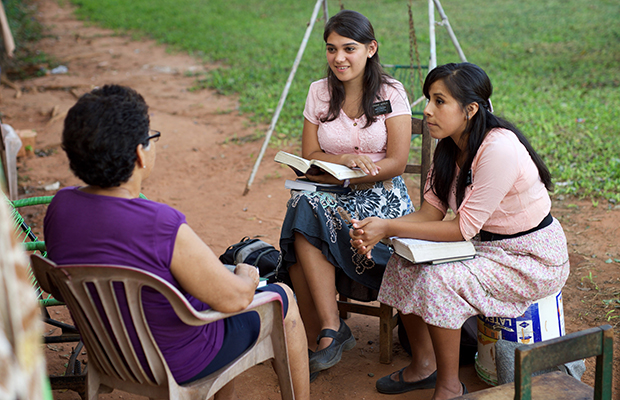 The Church of Jesus Christ of Latter-day Saints has given sister missionaries the option of wearing dress slacks in their work.