Adults to Study Lorenzo Snow in 2013 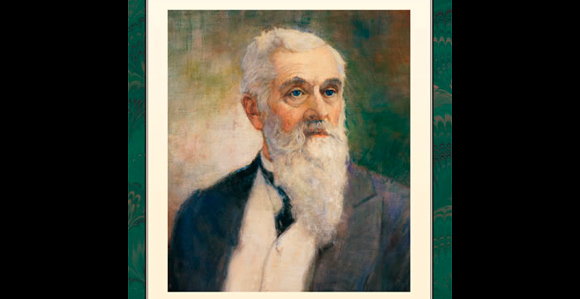 Teachings of Presidents of the Church: Lorenzo Snow is the 11th book in the series and includes teachings and sermons from the fifth President of the Church.

After studying the teachings of George Albert Smith in 2012, adult members of The Church of Jesus Christ of Latter-day Saints will study President Lorenzo Snow’s life and teachings in 2013.

This is the 11th book in the series, which began in 1998 with the release of the Brigham Young volume. Lorenzo Snow (1814–1901) served as the fifth President of the Church from 1898 to 1901. (The books are not being issued in the same order in which the prophets served.)

Like the George Albert Smith volume, Teachings of Presidents of the Church: Lorenzo Snow will include colored pictures, teaching helps in each chapter, and study questions at the end of each chapter that relate to specific sections of the chapter.

This volume, like each one in the series, expresses the past prophet’s testimony through his teachings and his experiences.

For example, one story in the manual about President Snow demonstrates his faithful, energetic service in the Lord’s work:

Toward the end of 1851, while returning from a mission in Italy, Elder Snow was delayed on the island of Malta because a ship had broken down. “Rather than complain about the delay, he decided to go to work. In a letter dated March 10, 1852, he wrote, ‘I feel that much good will result from the manner in which the Lord may direct the employment of the time now at my command, as I am surrounded by an interesting people, and in a most important field of labour, where a great work will be accomplished, extending to adjacent nations.’”

After building a foundation for missionary work in Malta, Elder Snow was finally able to board a ship in May 1852 to return to Salt Lake City. About two months later, a branch of the Church was organized in Malta.

Images from the life of President Lorenzo Snow will be available in the Teachings of Presidents of the Church section of the LDS Media Library(on ChurchofJesusChrist.org, click on “Resources,” then “Video, Audio, and Images”) at the beginning of 2013.