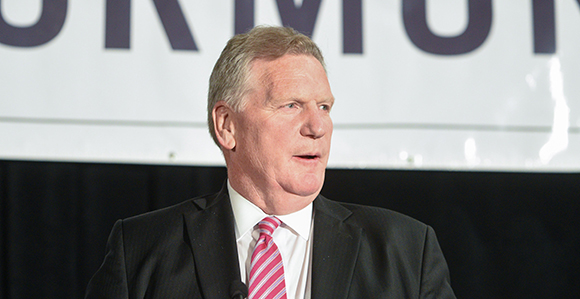 “As you and I defend the Church, … let us take time to strengthen our own testimonies and our own spiritual well-being through prayer and scripture study.” —Elder Craig C. Christensen of the Seventy

The war between good and evil began long before the creation of the world and continues today with added visibility on the internet, Elder Craig C. Christensen, a General Authority Seventy and president of the Utah Area, said, “The battleground has changed. We may see it differently than perhaps in previous years, but the war is real.”

As one of 24 guest speakers at the three-day FairMormon conference, Elder Christensen focused his Friday, August 9, address on the foundations of building and maintaining a testimony.

Using examples from the life of the Prophet Joseph Smith to show how he was confronted by the forces of evil early on in his history, Elder Christensen explained that through those experiences Joseph Smith was prepared to stand strong in the face of adversity.

The younger generation of Church members today, particularly millennials, are in the heat of the battle, he said, making a comparison to Joseph Smith.

In order to combat the forces of evil, he added, it is essential to develop strong testimonies of important gospel principles and doctrine.

Using the young Prophet Joseph Smith as the primary example of someone who successfully withstood such forces, Elder Christensen reviewed several principles and attributes that helped Joseph stand strong during times of adversity:

“We all have times when, for whatever reason, our faith wavers,” said Scott Gordon, the president of FairMormon, who also spoke at the conference Friday, following Elder Christensen. And while the reasons that cause each individual to feel uncertain of their faith will vary, he said the means to seek truth, find answers, and come to an understanding of what one believes are the same.

Quoting from Doctrine and Covenants 109:7, Gordon said, “Seek learning even by study and also by faith.” 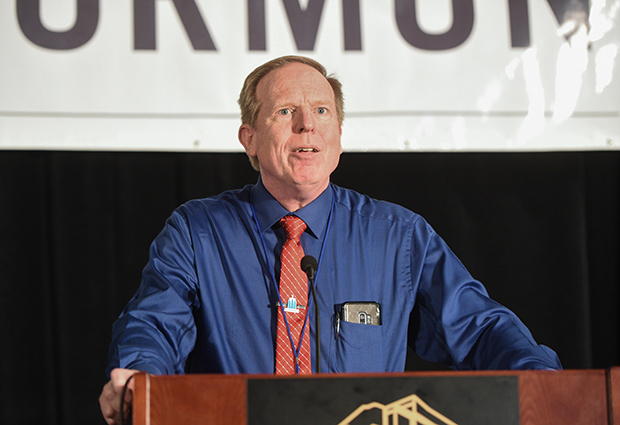 Gordon’s words echoed Elder Christensen’s emphasis on the importance of gaining a foundational testimony of the two important truths of the gospel—that Jesus is the Christ, the Savior of the world, and that God restored the fullness of His gospel through the Prophet Joseph Smith—and building on that foundation through constant study and prayer.

With information today often available at the click of a button, true understanding often requires more than a simple Google search, Gordon said, adding that individuals searching for answers to their questions have a responsibility to take time to read and study and not accept information at face value.

Speaking of the important role that scholars like those who volunteer with FairMormon have in gathering information about the Church and its history, Elder Christensen said: “As you and I defend the Church, … let us take time to strengthen our own testimonies and our own spiritual well-being through prayer and scripture study and, in our work, reflect deeply on the questions that others might ask. Then, as we have occasion to help, respond in a loving, calm, and peaceful way, …  always inviting them to return to basic principles and doctrine where testimonies are established.”

Using several examples from his own experience, from teaching individuals and families as a young missionary to counseling with those who are struggling, Elder Christensen said he always tries to help people return to the foundational principles of the gospel. That is where they will find strength and answers to their individual prayers, he said.

Standing on a stage with a giant sign behind him with the word “FairMormon” written in large letters, Elder Christensen, said he worried what some might think if they saw him standing under the words “Fair Mormon.”

“But there’s a reason,” Elder Christensen said to the audience gathered in the Utah Valley Convention Center for the annual FairMormon conference in Provo, Utah. “Organizations like FairMormon, who operate independently from the Church, play a key role in helping others strengthen their faith in our Heavenly Father and His Son Jesus Christ and His Atonement.”

As a nonprofit group of volunteer researchers purposed in providing “well-documented answers to criticisms of [Church] doctrine, beliefs, and practices,” FairMormon plays an important role in defending The Church of Jesus Christ of Latter-day Saints against its critics, particularly online, Elder Christensen explained.

“We express our deep appreciation for the important work that you do,” he said. 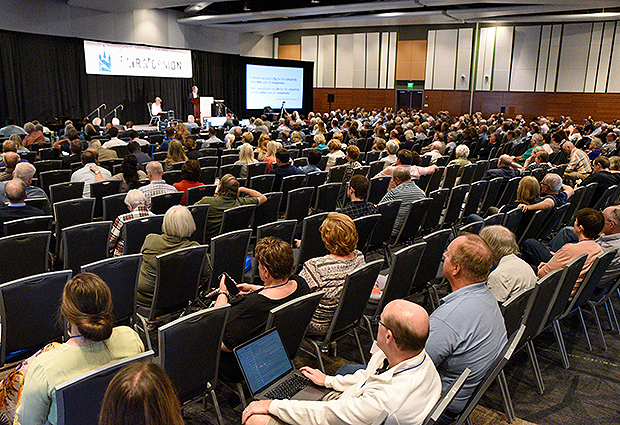 Attendees at the FairMormon conference listen to guest speakers during a conference session on Friday, August 9, 2019, at the Utah Valley Convention Center in Provo, Utah. Photo by Mike Ash, FairMormon.