A behind-the-scenes look at the filming of The Christ Child shows Mary and Joseph as they journey to Bethlehem. Photo courtesy of BonCom.

The story of the birth of Christ is well known. Repeated and retold time and time again for two millennia through scriptures, stories, plays, pageants, films, photos, and more, it is a story central to the celebration of the Christmas season for Christians around the world.

This year, as part of the Light the World campaign, The Church of Jesus Christ of Latter-day Saints, in partnership with Boncom, released a new video highlighting the story of the Nativity. The Christ Child tells the familiar story of Christ’s birth—but in a surprisingly new and meaningful way, explained Jeff Taylor, who worked as co–creative director of the film.

But even as familiar and revered as the tale of the Nativity may seem, the reality of the story can sometimes get lost in the pageantry of its retelling, said Taylor, vice president and executive creative director of Boncom.

So, to accompany the release of The Christ Child and highlight the importance of the Nativity story again this Christmas season, here are five interesting facts and details about what makes this portrayal of the Nativity story different and how it plays an important role in the Church’s Light the World campaign.

1. The Christ Child Is a Gift

The Christ Child film is meant to be “a gift that we give to the world,” said Tom Pratt, supervisor of mass media efforts for the Church’s Missionary Department. That’s part of why it is being shared and promoted before Thanksgiving, Pratt explained—to give people the opportunity to get together and watch the video and talk about it and the message of light that it shares.

This year’s Light the World campaign theme is “Light the World—One by One,” and that theme really means two things, Pratt said. First, it means to minister as the Savior did, reaching out to individuals with the love and light of Christ. Second, it means to inspire people to reflect on the life of the Savior, which is celebrated during this season, and to reflect on His teachings and example.

By sharing the story of Christ’s birth through a new video, the hope is that people who see it will be willing to share it, Pratt said. “Hopefully people who see this will then invite others into their homes to celebrate the true meaning of Christmas by gathering and sharing it with others. It’s meant to be shared.” 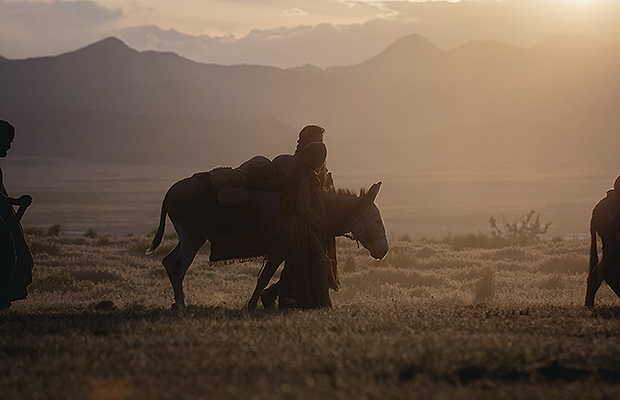 A scene from The Christ Child video produced by The Church of Jesus Christ of Latter-day Saints shows Mary and Joseph traveling to Bethlehem.

2. The Story of the Nativity Is Real

Although their story is familiar and has been characterized in many different ways, it is important to remember that Mary and Joseph were real people with a divine calling to bring the Savior into this world. The shepherds and the wise men too were real people who came to worship at the feet of the Savior after His mortal birth, explained John Foss of Kaleidoscope Pictures, who wrote and directed the film.

“We try to present these people as real people, in extraordinary circumstances,” he said. “We tried to strip away a lot of the pageantry. . . . We wanted to access the story from a really human point of view.”

By the very nature of the story and the way it is shared in the video, the goal was to evoke a sense that “this event really happened and the people that we normally think of as part of a pageant were real flesh-and-blood people and this really happened to them,” Pratt said.

And for Taylor, one of the most powerful and human moments came with the reactions of the wise men. Too often, he said, the wise men are presented with a lot of flair and pageantry, like gold foil turbans reverently bowing before the baby Jesus before simply backing away quietly.

“But in the scriptures, it says that when they were come into the house, they fell down and worshipped Him,” Taylor said. “To me, that moment is just one of the most precious moments in the entire film, these wise men realizing who it is they’re kneeling before.” 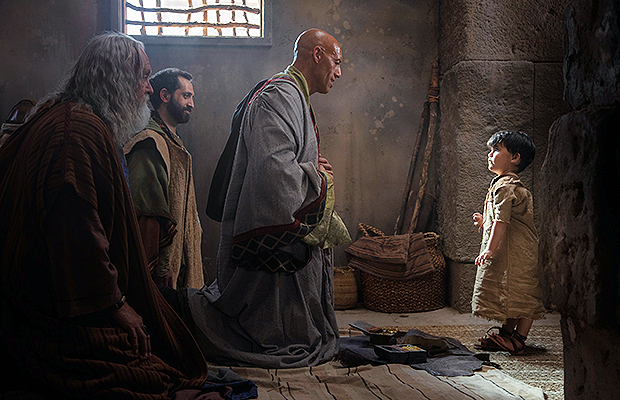 A scene from The Christ Child video produced by The Church of Jesus Christ of Latter-day Saints shows the wise men as they come before the child Jesus.

Throughout the entire process of creating the film, the goal was to present the Nativity story in the most accurate way possible, Taylor said.

As a starting point for getting things as historically accurate as possible, Taylor explained that, even during casting, they tried to match the actors to the ages and ethnicities of the people they were representing.

In preparing for his role, the actor who played Joseph—who is of the Jewish faith—did a three-day fast. He was also more social and interactive on this set than he is normally, Taylor explained.

Watching that kind of dedication and preparation from the actors only added to the realism and importance of the project, Taylor said.

Another decision made to add to the realism was to have all dialogue throughout the film spoken in Aramaic without subtitles.

“We wanted them to talk to one another, because they would have talked to one another,” Taylor said. But without any historic or scriptural records of what they might have said to one another, the filmmakers didn’t want the audience to read too much into what was being said. Having them speak in Aramaic was more historically accurate and allowed for the dialogue to not detract from the story as it is recorded, Taylor explained. 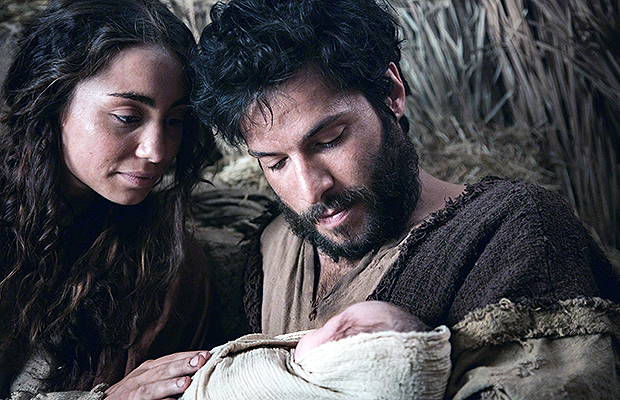 A scene from The Christ Child video produced by The Church of Jesus Christ of Latter-day Saints shows Mary and Joseph with a newborn baby Jesus.

4. There Is a Better Understanding of “No Room at the Inn”

One key difference represented in this telling of the Nativity story as opposed to previous versions produced by the Church is a better understanding of how Mary and Joseph ended up in the humble circumstances of a stable.

Bethlehem was built on a hillside full of limestone caves, and people often would build their homes in front of the caves or inlets and then use the caves as a place to keep animals and hay and such, Taylor explained.

Additionally, as Pratt and Taylor explained, the original Greek word—katalyma—used in the Gospel of Luke to describe an “inn” is the same word he later uses to describe the “upper room” or “guest chamber” where Jesus prepared the Last Supper. As such, historians and scholars of ancient scripture who were consulted for the film shared their belief that rather than approaching an “inn” and being turned away, it is more likely that Mary and Joseph journeyed to Bethlehem and sought to stay with Joseph’s family.

Because their journey coincided with the journey of many people returning to Bethlehem to pay taxes in their homeland, it is likely that Joseph’s family home would have been filled with guests and that no room would have been available in the “upper room” or “guest chamber.” That meant Mary and Joseph would have then retreated to the privacy and comfort of the family stable—or limestone cave near the family home for the delivery of their baby.

“A whole tradition revolves around the idea that they must have gone to a lot of inns and they got turned away and there was a mean innkeeper,” Pratt said. “But none of that stuff is in the scriptures. So when you go back to the scriptures, you realize that one word—it actually kind of changes part of the story into something more meaningful. There was no room in the guest room or the living quarters, so they stayed in the stable.” 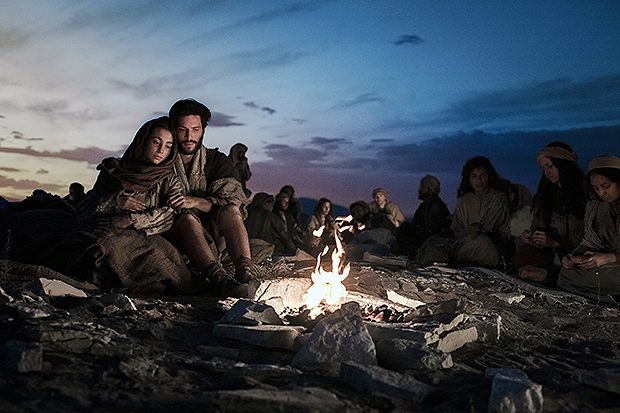 A scene from The Christ Child video produced by The Church of Jesus Christ of Latter-day Saints shows Mary and Joseph traveling to Bethlehem.

5. New Details about the Shepherds and Wise Men

Another thing the filmmakers learned from historians and scholars is that sheep herding was a family business in first-century Israel, and as such there would have been women and children among the shepherds in the field spoken of in the scriptures.

“So we did a little something different there to show them as families and include a boy and a girl who are part of that experience,” Pratt said of the scene with the shepherds.

There is even a small moment where Mary and a young shepherd girl look at one another that is different from previous versions of the Nativity story, Taylor said.

“It’s a very subtle but very tender little moment where Mary looks up and the female shepherd just smiles at her and Mary smiles back,” Taylor said. “It’s one of those tiny details that isn’t a huge scene-stealer but just creates something that’s different and special.”

Another decision regarding the shepherds that departs from many previous depictions of the story was the omission of the heavenly visitor to the shepherds. While the shepherds are depicted as seeing a light, no attempts were made to demonstrate what that visitation would have looked like, Pratt said.

“We wanted to see their faces and reactions and the kind of awe and wonder they experienced,” he said, adding that seeing how it would have been for them, through their expressions, is what makes it more real. 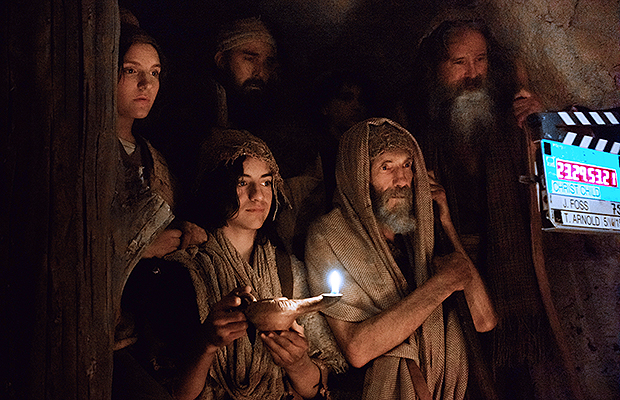 A behind-the-scenes look at the filming of The Christ Child shows the shepherds when they arrive at the stable with a newborn Jesus.

Additionally, the wise men in the film are shown using a small tool to follow the star, Pratt said. It’s an ancient form of sextant that is historically accurate to the time period, he said. And although there is no record of them having used such a tool in the scriptures, it is likely that they may have used something similar, as such tools did exist at that time.

In that sense, then, the film captures and includes small details that help set the time and culture of the story in an accurate way while also not veering too far from what is recorded by scripture.

“It doesn’t really explain where they came from,” Pratt said of the wise men, because scripture doesn’t state that either. “It doesn’t explain why it took them so long to embark on their journey, but they were clearly men who knew and understood the prophecies and the signs of His [Christ’s] coming and came to find this Child.”

And sticking to what has been agreed on by most New Testament scholars, the film depicts how Christ would have been closer to a toddler’s age by the time the wise men arrived, he said.

For Taylor, going through the process of bringing this story to life through this film has reinforced that the story of the Nativity is history. “This is the greatest project I have ever been a part of,” he said. 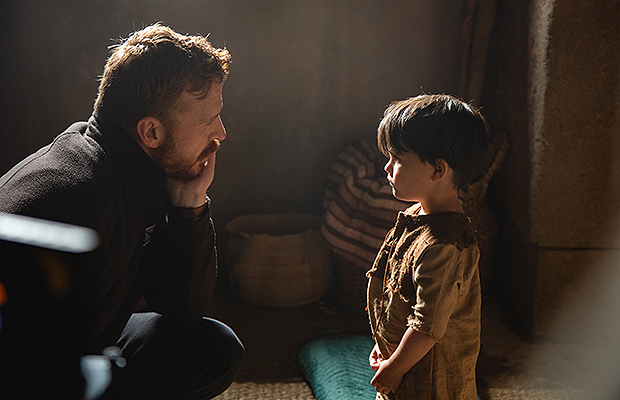 A behind-the-scenes look at the filming of The Christ Child shows a moment with the director and the child playing a young Jesus. Photo courtesy of BonCom. 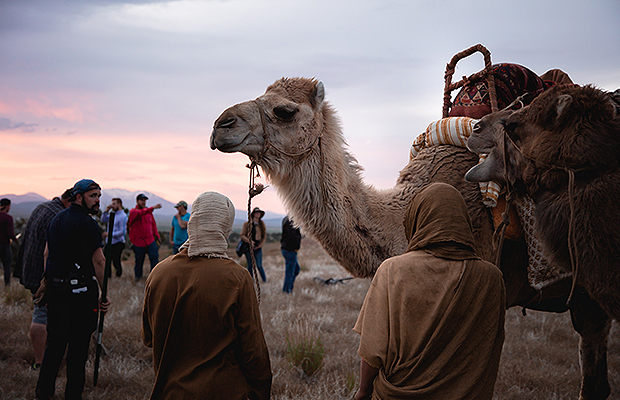 A behind-the-scenes look at the filming of The Christ Child shows a camel and actors dressed in attire appropriate for first-century Israel. Photo courtesy of BonCom.