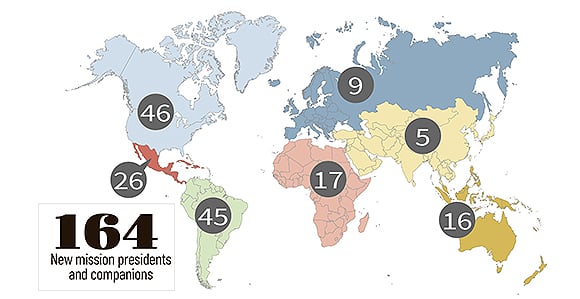 The First Presidency has called 164 new mission presidents and companions who will begin service in July 2019.

The following eight new mission presidents and companions have been called by the First Presidency. They will begin their service in July. Biographies of other mission presidency couples will be published throughout 2019 on news.ChurchofJesusChrist.org. (See other published biographies.)

Sister Cox is a Sunday School teacher and ward missionary and a former stake public affairs specialist, ward Young Women president, assistant to a patriarch, and seminary teacher. She was born in Newport Beach, California, to Edward Domars Marcucci and Josephine Faith Marcucci.