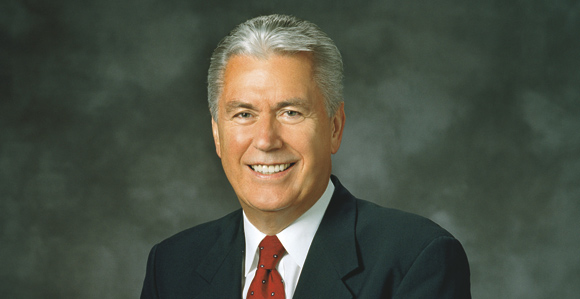 President Uchtdorf will be the first speaker of the 2013 CES devotionals.

The Church has announced the speakers for the 2013 CES devotionals series. President Dieter F. Uchtdorf, Second Counselor in the First Presidency, will be the first speaker of the devotionals. Throughout the year, Apostles and Church leaders will address young adults ages 18 to 30, married and single.

All devotionals will be broadcast at 6:00 p.m. mountain time, and live audio and video broadcast will be available at mormonchannel.org in English and at cesdevotionals.ChurchofJesusChrist.org in American Sign Language, English, French, Portuguese, and Spanish. The Church’s Facebook page will also include live English video of the devotionals, under the “Live Broadcast” tab.

The schedule will be as follows:

The broadcasts will also be available in English on Mormon Channel HD Radio and the following BYU Broadcasting services: BYU Television (BYUtv), BYU Radio, KBYU TV (Eleven), and KBYU FM Radio (Classical 89). They will be available in Spanish and Portuguese on BYU Television International. Specific dates are to be determined.

Within three weeks of the devotionals, the audio and video will be archived online at cesdevotionals.ChurchofJesusChrist.org in several languages. Video, PDFs, and audio of previous devotionals are also available online in multiple languages.