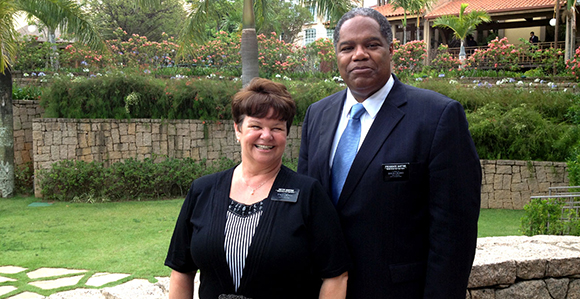 “We cannot be one if we think of ourselves as different—racially, linguistically, ethnically, economically, or whatever. No, we have to see us as alike, sons and daughters of God.” —Marcus Martins, associate dean of religious education, BYU–Hawaii

It’s early June 1978 in Brazil’s Rio de Janeiro, and Helvécio Martins and his family have been baptized Church members for six years. The well-connected petroleum financial executive and adjunct professor is helping with public communications work for the soon-to-be-dedicated São Paulo Temple, the Church’s first temple not only in Brazil, but in all of South America.

Given his black African ancestry, it is a temple Martins is not expecting to ever set foot inside, with restrictions against males and females of black heritage receiving the priesthood and enjoying the blessings of the temple.

A year earlier, the Martins family had been among a group of Brazilian Saints afforded a walk-through of the still-under-construction temple. When he and his wife, Rudá, realized they were in what would be the temple’s celestial room, they stopped, believing it would be as close as they could ever get to being together in that sacred location.

They embraced and wept, soon joined in tears by others realizing the singular, bittersweet moment.

Meanwhile, the Martins’ oldest son, Marcus, was 19 years old in June 1978. Peers in the Church were serving missions by that age, but the priesthood restriction precluded that as an option for him. Instead, he was engaged to be married soon to Mirian Abelin Barbosa, a friend since their early teens and who herself had earlier returned from serving in the Brazil São Paulo South Mission.

All that changed with a June 9 phone call from a family friend in Utah, sharing shocking news. The Church had announced a revelation extending the priesthood to all worthy male members ages 12 and older, regardless of race or color.

The family’s initial reaction was one of disbelief, thinking it might be a hoax. Then came the confirmation.

“Suddenly, there was a flood of emotions because of the possibilities,” said Marcus Martins, now associate dean of religious education at BYU–Hawaii, in a recent interview with the Church News. “The idea that we were going to enter the temple and receive our ordinances—it was a very overwhelming feeling of gratitude.

“And that’s how I also felt, because now I was going to be able to marry my fiancé in the temple—and that was something I had never dreamed of before.”

Helvécio and Marcus Martins both received the Aaronic Priesthood and were ordained priests. The elder Martins asked if they could be involved in the sacrament ordinance; he passed the sacrament, while Marcus blessed it. High priests in the ward recognized the historic moment and preempted the deacons in their normal duties so the older men could join Brother Martins in passing the bread and the water. Those participating in the ordinance were moved to tears, with the congregation also weeping.

A week later, Helvécio and Marcus Martins were sustained to receive the Melchizedek Priesthood, with it conferred first on the father, who in turn did the honors for his son.

Marcus Martins soon faced an onslaught of inquiries from members and Church leaders—now that he held the priesthood, shouldn’t he consider serving a mission? But the scheduled marriage was only weeks away, with a contract set for an apartment and furnishings being purchased.

Feeling the pressure to consider mission service was only matched by criticisms from nonmember relatives and friends once he finally decided to put the marriage on hold and serve a mission. Their complaint: he was giving up too soon on the upcoming marriage and making things awkward for his fiancée and family.

To help alleviate the pressures, his stake leaders worked with Missionary Department officials and fast-tracked a mission call so Marcus could leave Rio for the year-old Brazil Missionary Training Center—then a converted home in central São Paulo—and after a week begin service in the Brazil São Paulo North Mission. He was the first black missionary to serve after the announced revelation.

Soon after the October 30, 1978, dedication of the São Paulo Temple, Helvécio and Rudá Martins entered to do their own ordinance work and spent time in the celestial room, where only a year earlier they stood thinking they would never set foot inside. They had their two oldest children at the time, Marcus (then a missionary) and Marissa, sealed to them; two other children were later added to the family.

Helvécio Martins soon was called as a stake executive secretary and later as a counselor in the stake presidency once the stake split. He later served as a bishop and as president of the Brazil Fortaleza Mission before being called in 1990 to the Second Quorum of the Seventy. Recognized as the Church’s first black General Authority, he served as a Seventy for five years, was released in 1995, and passed away in 2005 at the age of 74.

After completing his mission in 1980, Marcus Martins returned home and was sealed to Mirian in the São Paulo Brazil Temple; they are the parents of four children. He has served as a bishop twice, as a high councilor seven times, and as president of the same Brazil São Paulo North Mission in which he served four decades earlier.

For him, the 1978 revelation isn’t just about blacks receiving the priesthood, but rather a confirmation of scriptural principles that all are alike unto God.

“The revelation reaffirms—now as we see President Nelson with the theme, ‘Be One’—that what brings this oneness is the acknowledgement that we are all alike,” he said. “We cannot be one if we think of ourselves as different—racially, linguistically, ethnically, economically, or whatever. No, we have to see us as alike, sons and daughters of God.”

Elder James E. Faust and his wife, Sister Ruth Faust, left, with Helvécio Martins and his family at the dedication of the São Paolo Brazil Temple in November 1978. Photo courtesy of the Church History Library. 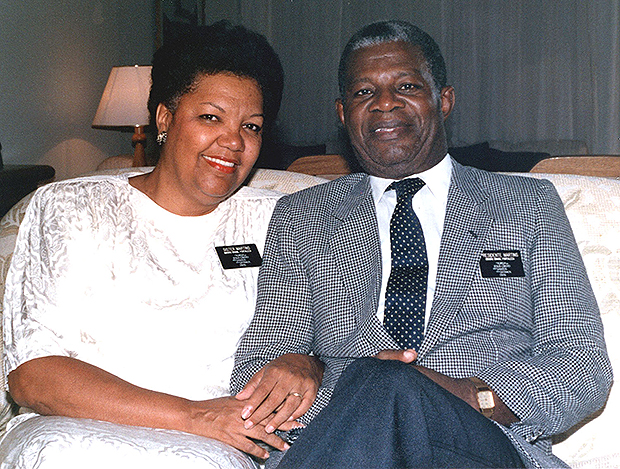 President Helvécio Martins and Sister Rudá Martins of the Brazil Fortaleza Mission in 1988. He presided over that mission from 1987 until his call in 1990 as a member of the Church’s Second Quorum of the Seventy. Photo courtesy of Marcus Martins.