1960 Christmas Most Memorable for Board Member 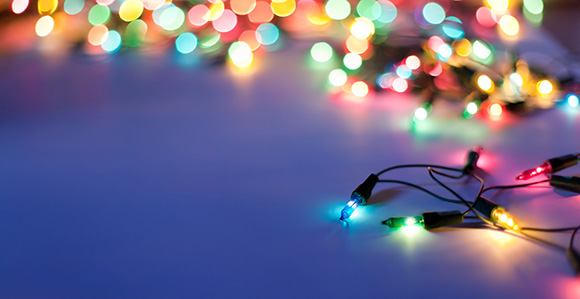 “I look back on that humble Christmas of 1960 as my most memorable one. It was then that my mother taught me that the spirit of Christmas was not about things, but about love, family, and traditions that have nothing to do with money.”

As a child growing up in an upper middle class, professional family in Havana, Cuba, I enjoyed comfortable, even privileged, circumstances.

My grandmother, Mamucha, was the family matriarch, and her home was the family gathering place. Each Christmastime she purchased a large fir tree for her living room, which the whole family elaborately adorned with lights, ornaments, and tinsel, topping it off with a star symbolizing the star of Bethlehem. At the foot of the tree, a nativity set reminded us of the Savior’s humble birth.

On December 24 all of us—aunts, uncles, and cousins—would gather at grandmother’s table for Christmas supper. By 9:00 p.m. the children were tucked in bed with strict instructions to stay put. It was a magical time for us children, comparing notes and looking forward to the presents we’d receive from Santa Claus and, on the feast of Epiphany, from the three Magi.

Those bountiful Christmases came to an abrupt end the year I turned 10. Because of political changes in the country, my mother, my brother, and I had to leave Cuba within three days, taking with us little more than the clothes on our backs.

As a native of Puerto Rico, my mother had American citizenship. As her children, my brother and I also traveled with American passports.

My father, however, was a Cuban citizen, so he could not leave the country. As we boarded a plane for Miami, Florida, we had no way of knowing when, or if, we’d see our father again.

Hours later we landed in Puerto Rico, where my mother’s family could lend a helping hand. We lived with relatives for a few months until Mother secured a position with the University of Puerto Rico in Rio Piedras.

We rented a small apartment near the university so my mother, my 9-year old brother, and I could walk to school and work. The apartment was furnished with a few hand-me-downs from relatives and some odd-and-end pieces from a second-hand store. A talented seamstress, Mother turned old sheets into drapes and bedspreads and recovered old toss pillows in brightly colored fabric. Although a far cry from the comforts of our family homestead in Havana, our humble apartment was neat, tidy, and attractive. Mother made it a home.

As Christmas approached, my brother and I kept asking when we would get our Christmas tree.

The truth was, we could not afford one, so Mother made it a game for us to “create” our own tree that year. From a second-hand store she secured a large string of Christmas lights, which we taped to the wall in the shape of a Christmas tree. With yellow construction paper we made a star to top the tree, and with other bright colors we cut out “ornaments.” Paper chain “garlands” taped to the wall filled in the rest. We made a small manger with twigs and grass clippings from a neighbor’s yard. Empty spools of thread painted with tempera paint became the bodies of Mary, Joseph, and the baby, with scraps of cloth to cover their “heads.”

Christmas-themed crafts, made at school, became the presents we exchanged that year. We wrapped each one with care, placing them on the floor at the base of the “tree.”

On Christmas Eve we enjoyed a meal of rice and beans, wrote letters to our father, and sang Christmas carols as we stood by our “tree.” Once we’d gone to bed, mother pulled out her sewing machine and worked late into the night making us new clothes to wear Christmas morning.

Life changed for the better after that year. My father suffered a stroke and was allowed to leave Cuba and join us. A series of job changes for my mother improved our family’s circumstances. Eventually, we moved to the United States and settled in New Rochelle, New York, where our family found the gospel and was baptized in 1965 as a result of the New York World’s Fair.

Many wonderful things have happened in my life in the ensuing years, but I look back on that humble Christmas of 1960 as my most memorable one. It was then that my mother taught me that the spirit of Christmas was not about things, but about love, family, and traditions that have nothing to do with money.