175 Years of Relief Society: General Presidency Reflects on Past and Future of Organization 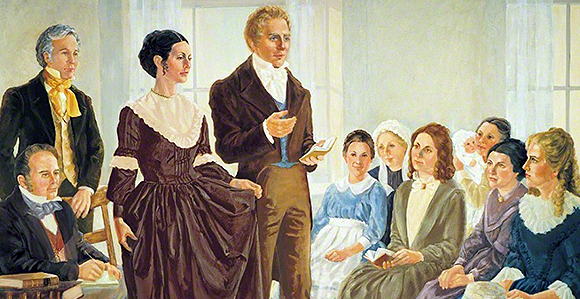 A depiction of the organization of the Female Relief Society of Nauvoo, displayed in the Foundations of Faith exhibit at the Church History Library.

On Thursday afternoon, March 17, 1842, 20 women gathered in the room above the Red Brick Store in Nauvoo, Illinois. The Prophet Joseph Smith, holding the keys of priesthood authority on the earth, organized the women “in the order of the priesthood after the pattern of the Church” (“Joseph Smith’s Teachings about Priesthood, Temple, and Women”).

The women in attendance hailed from various walks of life—three were teenagers, the oldest was in her 50s, 11 were married, two were widows, and six were unmarried. Through the decades since, that diversity has been magnified. Today, the Relief Society embraces more than 7 million women from 188 countries. Women of various ages, cultures, marital status, and circumstances claim membership within “the Lord’s organization for women.”

Many things have changed for women since that spring day. But the work and purpose of the women of the Church has not changed, said Sister Linda K. Burton, Relief Society General President.

Just prior to the 175th commemoration of that historic meeting, the Church News met with the Relief Society General Presidency to discuss Relief Society’s rich history, its current diversity, and its bright future.

The foundational principles of Relief Society as taught by the Prophet Joseph Smith were to “relieve the poor” and “save souls” (Daughters in My Kingdom [2011], 20). The Prophet taught the sisters in six of their meetings to prepare them for the blessings of the temple, noted Sister Carole M. Stephens, First Counselor in the Relief Society General Presidency.

“And here we are doing the same thing today,” Sister Burton added. “We’re here to help prepare women for the blessings of eternal life.”

The women of the Church help in that work as they increase faith in Heavenly Father and Jesus Christ and in His Atonement, Sister Burton continued. They do it as they strengthen themselves individually and as families and participate in ordinances and make and keep covenants. Relief Society’s purpose is also accomplished as women work in unity with the priesthood and with each other, in homes and within communities. (See related story.)

“We’re half the storehouse of the Lord,” Sister Burton said. “There are 7 million of us. When we work in unity, each doing at least one good thing, the result can be ‘something extraordinary!’”

How can an international organization—with women of every age and culture and of varying circumstances, educations, and demographics—work together? 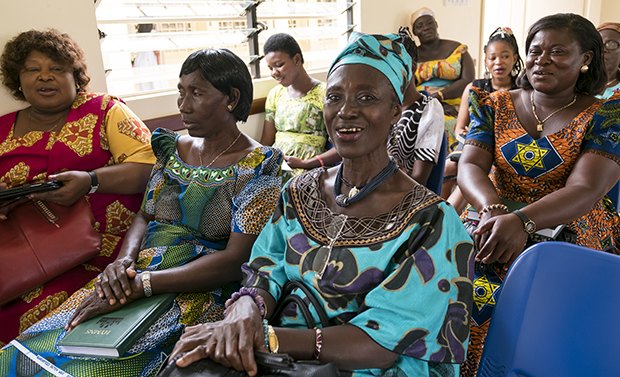 In answer, Sister Stephens shared 4 Nephi 1:15–17. “And it came to pass that there was no contention in the land, because of the love of God which did dwell in the hearts of the people. And there were no envyings, nor strifes, nor tumults, … and surely there could not be a happier people among all the people who had been created by the hand of God. There were no robbers, nor murderers, neither were there Lamanites, nor any manner of -ites; but they were in one, the children of Christ, and heirs to the kingdom of God.”

“Because of the love of God, there were no ‘-ites,’” Sister Stephens explained. “There were no labels or contentions.”

Sister Burton said that if women are united in their purpose and in reaching out to others, there’s no time for divisiveness. “Our love for Him and our desire to do His work unites us and crosses all boundaries.”

In one of the early meetings of the newly organized Relief Society, the Prophet instructed the sisters: “Said Jesus, ‘Ye shall do the work, which ye see me do.’ These are the grand key words for the society to act upon” (The History of the Relief Society, p. 22).

Sister Burton said, “We are doing the work the Savior would do if He were here.”

Sister Reeves noted that women’s trials today might look a little different than women of previous generations. “I don’t know if you can say that one time was harder than another. It’s been prophesied that in this time there would be an increase in sin. We do certainly know that Satan is letting out all the stops. We have to be vigilant in daily gospel habits,” she said.

To the women today, Sister Stephens asked, “Do you know who you are? Do you know what you have?” If so, “trust in the plan and trust the Savior and trust in His Atonement. You know that your Heavenly Father would not place you on this earth to fail. He’s given you everything you need to succeed and to return back to Him again.”

Going forward, Sister Burton emphasized that each sister’s contribution is needed and quoted President Boyd K. Packer, then of the Quorum of the Twelve Apostles, who described the organization as a fabric of lace spread across the continents (“The Relief Society,” Apr. 1998 general conference).

“As you think about the patterns on lace, they’re all a little different,” Sister Burton said. “Each thread has a piece to play. We’re all unique.” Each sister is needed for her gifts and personality. “I think, as women, we think we’re not enough, but what we have is enough as we contribute together.”

Quoting President Thomas S. Monson, Sister Reeves added, “Our future is as bright as our faith.” 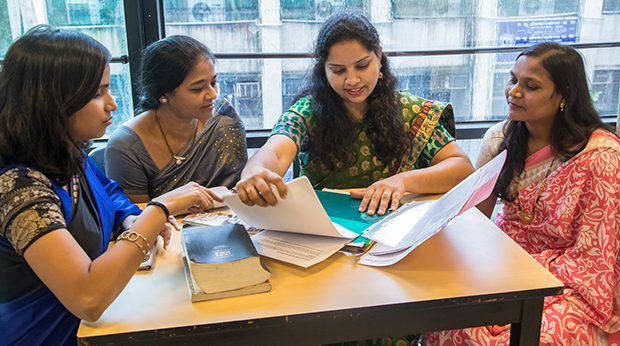 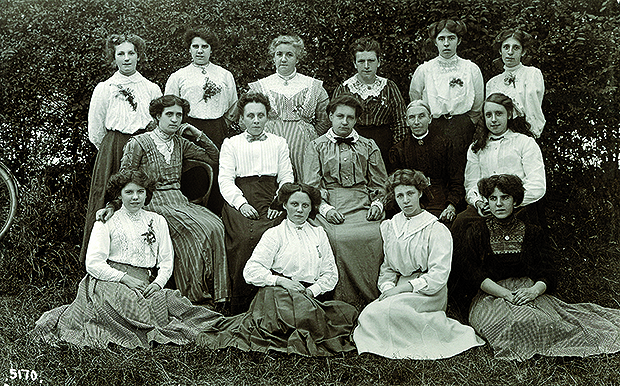 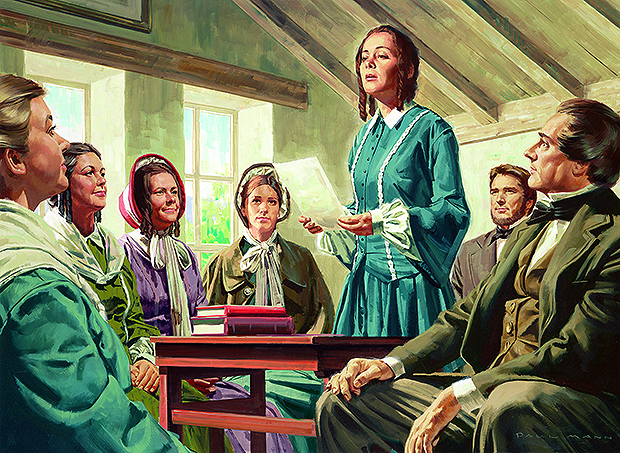 Emma Smith and Joseph Smith Jr. and others at the organization of the Relief Society on March 17, 1842. Painting by Paul Mann. 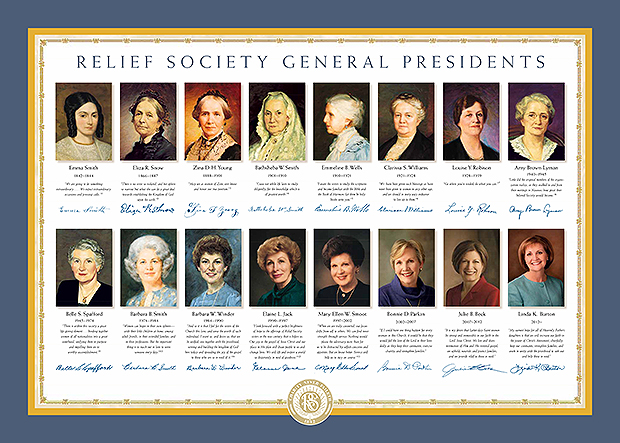 A chart of showing the presidents of the Relief Society from its founding to the present. Click on the image to download a PDF.