Elder Yoshihiko Kikuchi, a native of Japan, served as a member of the First Quorum of the Seventy of The Church of Jesus Christ of Latter-day Saints. He was called into full-time Church service October 1, 1977 after serving as regional manager for Rena-Ware Distributors Company for the entire Japan area.

Elder Kikuchi attended Shimizugaoka High School in Muroran, Japan, and graduated in 1968 from Tokyo Asia University with a degree in Business Psychology and Management. He served 30 months as a full-time missionary for the Church in the Northern Far East Mission. He later completed a one-year Church building mission there as well.

He is married to the former Toshiko Koshiya of Hokkaido, Japan. They have four children and four grandchildren.

Why Me, O Lord?October 1977 General Conference 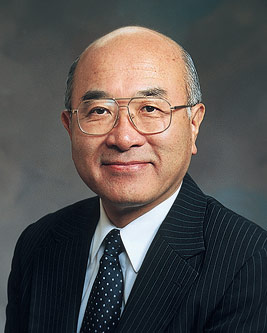