Elder Choi received a bachelor’s degree in business information management from Brigham Young University–Hawaii in 1988. In 1989, he received a master’s degree in business information systems and education from Utah State University. He has been an instructor at Brigham Young University–Hawaii and Utah State University; manager of sales, administration, marketing, and customer support at Data General Korea; director of CDC and MBS Venture Capital Company; and the regional manager for temporal affairs for the Church in Korea.

Yoon Hwan Choi was born in Seoul, Korea, on May 18, 1957. He married Bon Kyung Koo in September 1982. They are the parents of three children. 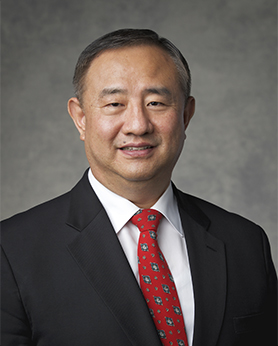