Elder William R. Walker was called as a General Authority of The Church of Jesus Christ of Latter-day Saints in 2002. He served in the Second Quorum of the Seventy for six years. On April 6, 2008, he was named a member of the First Quorum of the Seventy. He served as the Executive Director of the Temple Department from 2007 to 2014. As Executive Director, he worked closely with the First Presidency in the oversight and administration of the Church's many temples throughout the world.

Elder Walker was raised in Raymond, Alberta, Canada, and served a mission in Japan as a young man. He is a graduate of Brigham Young University in Provo, Utah. During his career, he held a number of executive positions with major firms in the securities and investment banking fields.

William R. Walker was born in Lethbridge, Alberta, Canada, on May 25, 1944. He married Vicki Van Wagenen in 1968. They are the parents of five children. 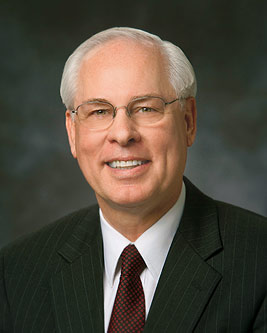