He earned a bachelor’s degree in general studies at Indiana University and a technician’s certificate in business administration at CEMLAD Institute. His professional career led him to be director of the Church Educational System for the South America North Area. Prior to taking that position, he was a Church Educational System employee in several South American countries.

Since joining the Church at age 18, Elder González has served in numerous callings, including stake president, president of the Ecuador Guayaquil South Mission (1989–1992), area public affairs director, and regional representative.

Walter Fermin González was born in Montevideo, Uruguay, on November 18, 1952. He married Zulma Anahir in February 1975. They are parents of four children.

Learning with Our HeartsOctober 2012 General Conference

Today Is the TimeOctober 2007 General Conference 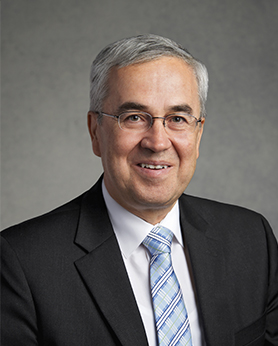