Elder Thierry K. Mutombo was sustained as a General Authority Seventy of The Church of Jesus Christ of Latter-day Saints on April 4, 2020, at age 44. At the time of his call, he had been serving as president of the Maryland Baltimore Mission.

Thierry Kasuangi Mutombo was born in Kinshasa, Democratic Republic of the Congo, on January 31, 1976. He married Tshayi Nathalie Sinda in 2002. They are the parents of six children. 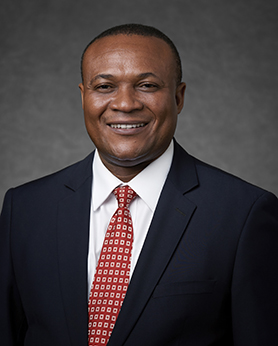