Elder Stanley G. Ellis was sustained as a General Authority Seventy of The Church of Jesus Christ of Latter-day Saints on April 1, 2006. At the time of his call he was serving as an Area Seventy in the North America Southwest Area. He is currently serving as a member of the Africa Southeast Area Presidency.

Elder Ellis graduated from Harvard University in government and received a law degree from the J. Reuben Clark Law School at Brigham Young University. He worked in law and finance and became chief executive officer of a financial consulting company.

Elder Ellis has served as an Assistant Executive Director in the Priesthood and Family Department, a member of the Scriptures Committee, and the Sub-Committee Chair on the Boundary and Leadership Change Committee. Previously, he was a counselor in the Brazil North and the Brazil Area Presidencies. He has served in many Church callings, including a full-time missionary in the Brazilian Mission, president of the Brazil São Paulo North Mission (1999–2002), stake president, counselor in a stake presidency, high councilor, counselor in a bishopric, and elders quorum president, as well as ward and stake Young Men president.

Stanley Gareld Ellis was born in Burley, Idaho, on January 22, 1947. He married Kathryn Kloepfer in June 1969. They are the parents of nine children. 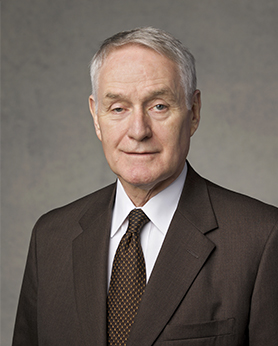