Brother Osguthorpe holds multiple degrees from Brigham Young University, including a PhD in instructional psychology. He is a former director of the Center for Teaching and Learning and a professor emeritus in the Department of Instructional Psychology and Technology at Brigham Young University. Brother Osguthorpe and his wife, Lolly, are the parents of five children and have 21 grandchildren. 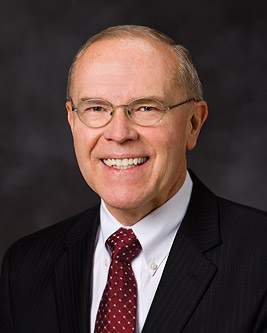