Sister Rosemary M. Wixom was sustained as the 12th general president of the Primary in general conference on Saturday, April 3, 2010.

She was raised in Salt Lake City and attended Utah State University, where she graduated in elementary education. She and her husband, B. Jackson Wixom, are the parents of six children and have eight grandchildren.

She has served on the Primary general board, the Young Women general board, and with her husband as he served as president of the Washington D.C. South Mission. She loves her grandchildren and considers Sunday family dinners the highlight of her week. 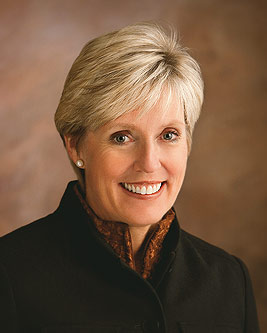