First Counselor of the Presiding Bishopric 1995-2012

Bishop Richard C. Edgley was called to the Presiding Bishopric of The Church of Jesus Christ of Latter-day Saints in October 1992. Prior to that he served for twelve years as managing director of the Church’s Finance and Records Department. He has served the Church as a missionary in the eastern United States, bishop in the Boston area, counselor in the Minneapolis Minnesota Stake presidency and president of the Centerville Utah North Stake. He and his wife, Pauline, are parents of six children. 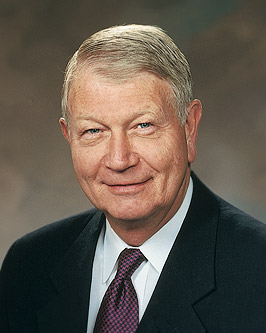