Elder Per G. Malm was sustained as a General Authority Seventy of The Church of Jesus Christ of Latter-day Saints on April 3, 2010. At the time of his call, he had been serving as a member of the Third Quorum of the Seventy in the Europe Area. He served as the Second Counselor in the Europe East Area Presidency. At the time of his death he was serving at Church headquarters.

Elder Malm ran his own real estate agency for eleven years. He began working for the Church in 1980 as a regional real estate manager. When he left Church employment in 2003, he was a director for temporal affairs and thereafter worked as a business consultant.

Per Gösta Malm was born in Jönköping, Sweden, on September 12, 1948. He married Ingrid Agneta Karlsson in October 1969. They are the parents of eight children.

Rest unto Your SoulsOctober 2010 General Conference

All General Conference talks by Per G. Malm 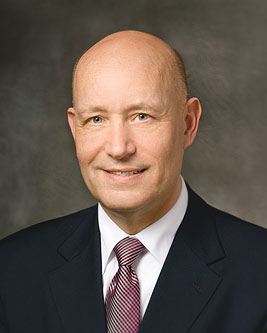