Elder Moisés Villanueva was sustained as a General Authority Seventy of The Church of Jesus Christ of Latter-day Saints on April 4, 2020, at age 53. At the time of his call, he had been serving as an Area Seventy and a member of the Fourth Quorum of the Seventy in the Mexico Area.

Elder Villanueva received a bachelor’s degree in business administration from Southeast Regional University in 1997. In 2011 he received a master’s degree in innovation for business improvement from Tecnológico de Monterrey. At the time of his call as a General Authority, he had been working as chief executive officer of SERTEXA.

Elder Villanueva has served in a number of Church callings, including full-time missionary in the Mexico Hermosillo Mission, high councilor, regional welfare agent, Church-service missionary, bishop, area auditor, counselor in a stake presidency, and president of the California Arcadia Mission from 2014 to 2017.

Moisés Villanueva Lopez was born in Oaxaca, Mexico, on December 13, 1966. He married Leticia Ávalos Lozano in 1995. They are the parents of three children. 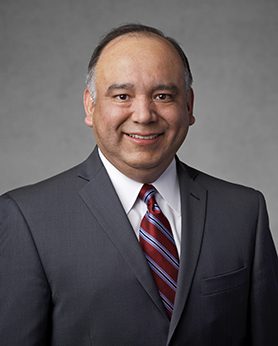