Elder Mervyn B. Arnold was sustained as a General Authority Seventy of The Church of Jesus Christ of Latter-day Saints on April 5, 2003. He was released October 6, 2018. He previously served as Area President of the South America South Area in Buenos Aires, Argentina. He has also served as Assistant Executive Director in the Temple and Missionary Departments, a member of the Boundary and Leadership Change Committee, the President of the Brazil South Area, and a counselor in the Brazil North and Brazil South Areas.

Before his call as a General Authority, Elder Arnold earned a bachelor’s degree in business and a master’s degree in public administration from Brigham Young University. He founded and co-owned a building and development company. Later he expanded and was a cofounder of Guardian State Bank. After he retired, he became director of training and field services in the Missionary Department of the Church, where he was working when called as a General Authority.

Elder Arnold has served in a number of Church callings, including full-time missionary in the Northern Mexico Mission, president of the Costa Rica San José Mission, counselor in a stake presidency, stake high councilor, bishop, and elders quorum president.

Mervyn Bennion Arnold was born in Salt Lake City, Utah, on July 19, 1948. He married Devonna Kress Arnold in August 1971. They are the parents of six children.

All General Conference talks by Mervyn B. Arnold 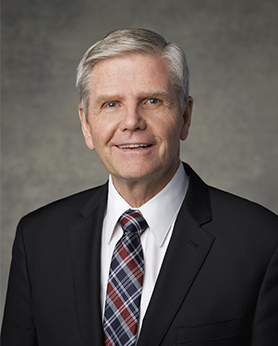