Elder Marlin K. Jensen was named a member of the First Quorum of the Seventy of The Church of Jesus Christ of Latter-day Saints on April 1, 1989. He served as Executive Director of the Church History Department and was sustained as Church Historian/Recorder in the April 2005 general conference. Previously he served in the Presidency of the Seventy and as the Executive Director of the Curriculum, Historical, Priesthood, and Family and Church History Departments. He has served as the President of the Utah North, North America Northeast, and Europe Central Areas. He was president of the New York Rochester Mission from 1993 to 1995.

At the time of his call as a Seventy, he was serving as a regional representative. Prior to that assignment, he had served in the Church as president of the Huntsville Utah Stake, bishop of the Huntsville Ward, priests quorum adviser, and elders quorum president.

Elder Jensen previously practiced law in Ogden, Utah, specializing in business and estate planning. He is a partner in a family ranching enterprise. He received his bachelor’s degree in German from Brigham Young University in Provo, Utah, and his Juris Doctor degree from the University of Utah Law School in Salt Lake City, Utah.

He was born May 18, 1942, in Ogden, Utah, to Keith G. and Lula Hill Jensen. He is married to Kathleen Bushnell of Clearfield, Utah. They are the parents of eight children and have twenty-five grandchildren. 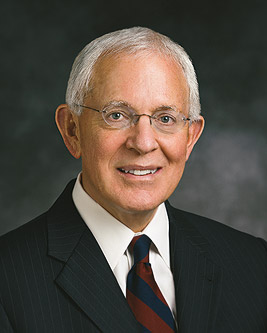