M. Joseph Brough was sustained as the second counselor in the Young Men general presidency on April 4, 2015. Previously, he has served as president of the Guatemala Guatemala City Central Mission, ward Young Men president, bishop, bishop’s counselor, and high councilor.

He received a bachelor of arts in finance and a master of business administration from the University of Utah. He is a business owner in Brigham City, Utah. He is married to Emily Jane Thompson Brough, and they are the parents of four children.

Lift Up Your Head and RejoiceOctober 2018 General Conference 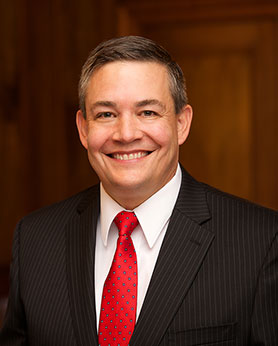