Elder Larry W. Gibbons was sustained a member of the Second Quorum of the Seventy of The Church of Jesus Christ of Latter-day Saints on April 1, 2006. He was serving as a Gospel Doctrine teacher in his ward when he was called as a General Authority. Elder Gibbons spent the first three years of his assignment serving in the Area Presidency of the Europe East Area, in Moscow, Russia. He later served as an Assistant Executive Director in the Temple Department and Assistant Executive Director in the Correlation Department. Elder Gibbons studied history at Stanford University. He earned his medical degree from the University of Utah and a master of public health degree from Harvard University. Elder Gibbons was a practicing physician and president of a medical clinic before his call to full-time Church service.

Elder Gibbons has served in a number of Church callings, including full-time missionary in the Netherlands Mission, Area Seventy, regional representative, stake president, counselor in a stake presidency, and seminary teacher.

Larry Wayne Gibbons was born in Logan, Utah, on July 30, 1942. He married LaDawn Anderson in 1967. They are the parents of two children and have four grandchildren.

Wherefore, Settle This in Your HeartsOctober 2006 General Conference 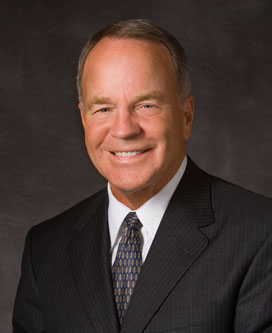