Elder Larry S. Kacher was sustained as a General Authority Seventy of The Church of Jesus Christ of Latter-day Saints on April 5, 2014. At the time of his call, he had been serving as a member of the Third Quorum of the Seventy in the Middle East/Africa North Area. He recently served as a member of the Africa West Area Presidency and is currently serving as First Counselor in the Middle East/Africa North Area.

Elder Kacher received a bachelor of science degree in psychology from Brigham Young University in 1976. In 1978 he received a master’s degree in organizational behavior, also from Brigham Young University. In 1978 he began his career with Honeywell and later became their European director of human resource development, based in Brussels, Belgium. During the majority of his career, Elder Kacher consulted with large international companies in the areas of strategy, organization design, and leadership development. Prior to his call to the Seventy, he was working and consulting for the Abu Dhabi Investment Authority, based in the United Arab Emirates.

Elder Kacher has served in numerous Church callings, including full-time missionary in French Polynesia, branch president in Belgium, bishop, counselor in a stake presidency, president of the Geneva Switzerland Mission (2000–2003), and Area Seventy.

Larry Stephen Kacher was born in Mankato, Minnesota, on February 12, 1952. He married Pauline Miller in October 1976. They are the parents of six children. 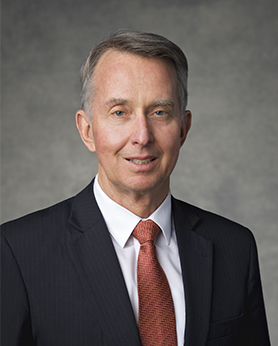