Larry M. Gibson was serving as stake president at the time he was called to the Young Men general presidency. Prior Church service includes serving in a stake presidency and as a high councilor, bishop, and ward and stake Young Men president. He also served in the British South Mission.

Brother Gibson received bachelor's and master’s degrees in computer science and information science from Brigham Young University. His professional career has spanned both corporate and entrepreneurial organizations; he has started several technology companies and most recently worked as senior executive vice president and CTO/CIO of a Fortune 100 corporation in the healthcare industry. He and his wife, Shirley, are the parents of six children. 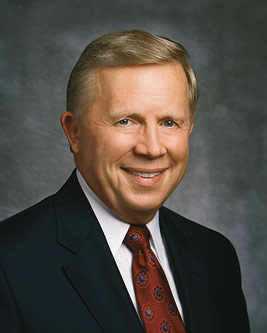