Elder Larry Echo Hawk was sustained as a General Authority Seventy of The Church of Jesus Christ of Latter-day Saints on March 31, 2012. He was released October 6, 2018. He served as an Assistant Executive Director in the Correlation Department and was on the Boundary and Leadership Change Committee at Church headquarters.

Elder Echo Hawk received a bachelor’s degree from Brigham Young University in 1970 and a juris doctor degree from the University of Utah in 1973. A member of the Pawnee Nation, Elder Echo Hawk was elected attorney general of Idaho in 1990, the first American Indian in U.S. history elected as a state attorney general. He had served as the Bannock County prosecuting attorney since 1986. Before that, he served two consecutive terms in the Idaho House of Representatives, from 1982 to 1986. He subsequently worked as a law professor at the J. Reuben Clark Law School at Brigham Young University. At the time of his call to the Seventy, he was serving as assistant secretary for Indian Affairs for the U.S. Department of the Interior.

Larry Jack Echo Hawk was born in Cody, Wyoming, on August 2, 1948. He married Teresa Joanne Pries in December 1968. They are the parents of six children. 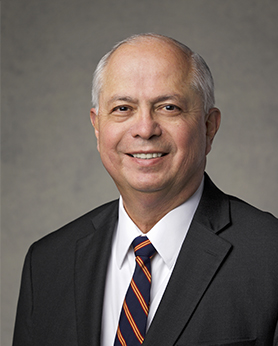