Second Quorum of the Seventy

Elder Aoyagi attended Kanagawa University for two years majoring in foreign trading. He received a real estate license from the Japan Real Estate Academy. After receiving his license, he worked for The Church of Jesus Christ of Latter-day Saints as a real estate manager and a construction manager in the Asia North Area office in Tokyo, Japan. He also worked as an assistant recorder in the Tokyo Japan Temple. In addition to working for the Church, he worked as a sales chief at Nippon Sangyo Trading Co. Ltd. and senior sales manager at Young Living Japan Co. Ltd. Currently, he is retired.

Koichi Aoyagi was born in Matsumoto, Nagano, Japan, on March 24, 1945. He married Shiroko Momose in September 1970. They are the parents of four children and grandparents of ten grandchildren. Elder and Sister Aoyagi reside in Chiba-ken, Japan.

Hold on Thy WayOctober 2015 General Conference 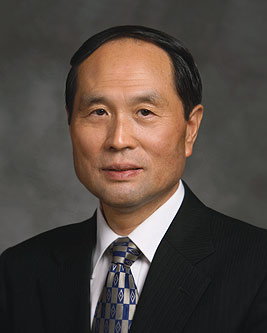